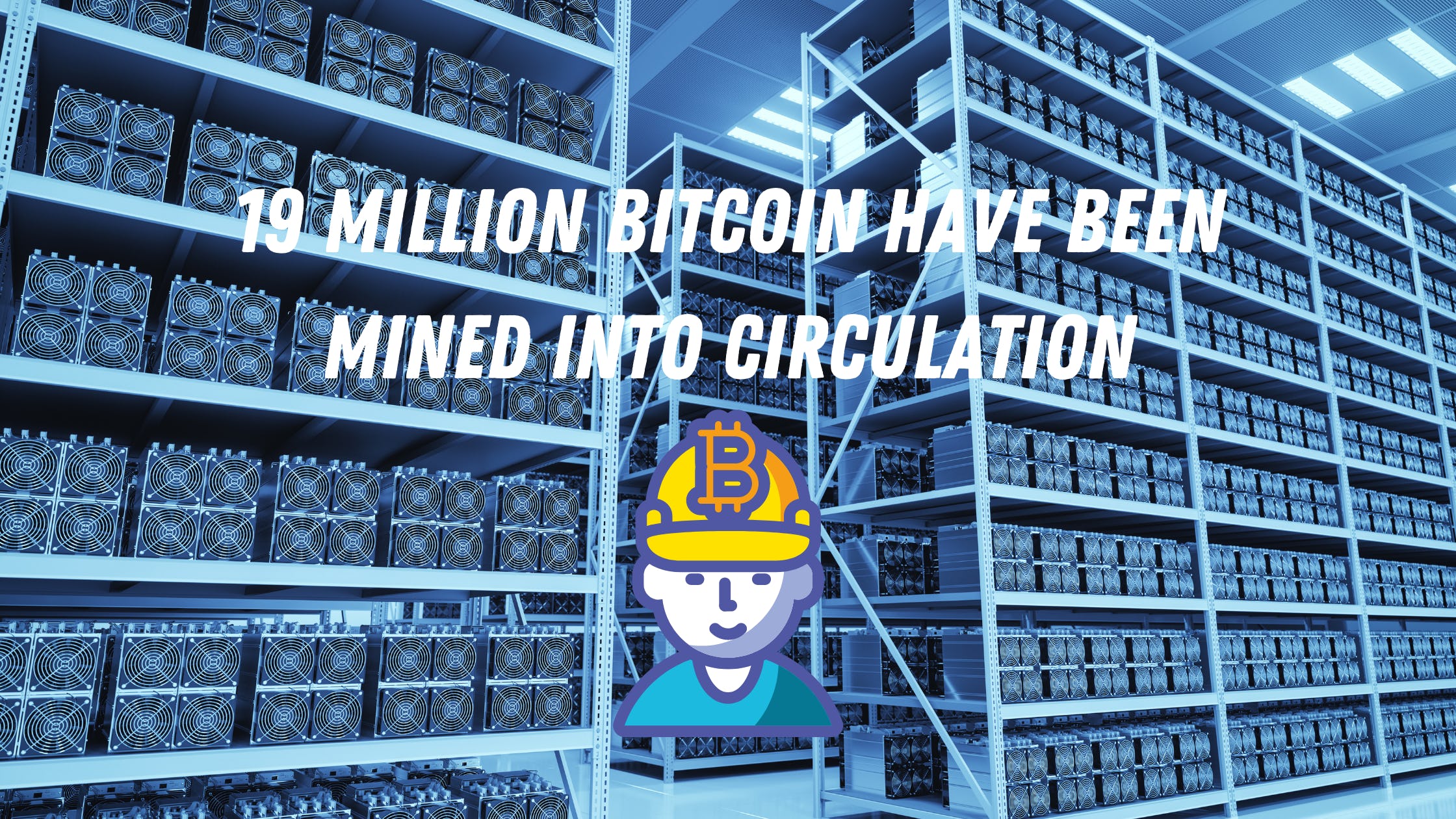 19 Million Bitcoin Have Been Mined Into Circulation, 2 Million Left to Be Found

Altrady Blog/News/19 Million Bitcoin Have Been Mined Into Circulation, 2 Million Left to Be Found

19 Million Bitcoin Have Been Mined Into Circulation, 2 Million Left to Be Found

On April 1, 2022, records show that 19 million bitcoin have been mined into circulation. With the max supply set at 21 million, there’s only two million bitcoins left to be found by mining participants.

The Bitcoin (BTC) network reached a milestone on Friday, April 1, 2022, after records show that 19 million bitcoin have been mined. The watershed moment occurred at block height 730,034 and now there’s only two million left to be mined. At block height the total ammount of bitcoin in existence was 19,000,004.68 BTC at 7:05 p.m. (ET)

When Satoshi Nakamoto created the Bitcoin network, the inventor set the maximum supply to 21 million, and research shows that the number is a hair less than 21 million. Some estimates indicate there will only be 20,999,817.31 BTC.

The bitcoin dashboard at clarkmoody.com, which was leveraged to record the 19 million bitcoins mined into existence on Friday, shows there’s only 1,999,781.23 BTC left to find.

Whenever a block is found by a miner, the coin issuance increases by 6.25 bitcoins per block ($289,656) found. A block is discovered roughly every ten minutes and the next block reward halving is expected to occur on or around May 3rd, 2024. After the next halving occurs, miners will get 3.125 bitcoins per block and the next halving will take place in 2028.

BTC’s issuance is programmed, mathematical, and ultimately predictable and this is why people can estimate the time frame between difficulty adjustment changes and when the next halving occurs. At the time of writing, the Bitcoin network’s inflation rate per annum is 1.74% and after each halving, the annual inflation metric will continue to slide.

While data shows there are 19 million bitcoins mined into existence, no one truly knows how many there really are in circulation. This is due to the fact that there’s an unknown number of unobtainable or lost coins that will never be spent.

However, Satoshi Nakamoto accounted for the lost coins dilemma when the inventor said that unobtainable bitcoins will make the crypto asset scarcer and therefore more valuable. “Lost coins only make everyone else’s coins worth slightly more. Think of it as a donation to everyone,” Nakamoto said.

As the next halving is expected to occur in 2024, it is estimated that block rewards will stop issuing fresh bitcoin by the year 2140, and the miner-reward system will be based entirely on transaction fees.

After 19 million bitcoin was mined at 7:05 p.m. (ET), records show there’s approximately 109,966 blocks left to mine until the next reward halving.