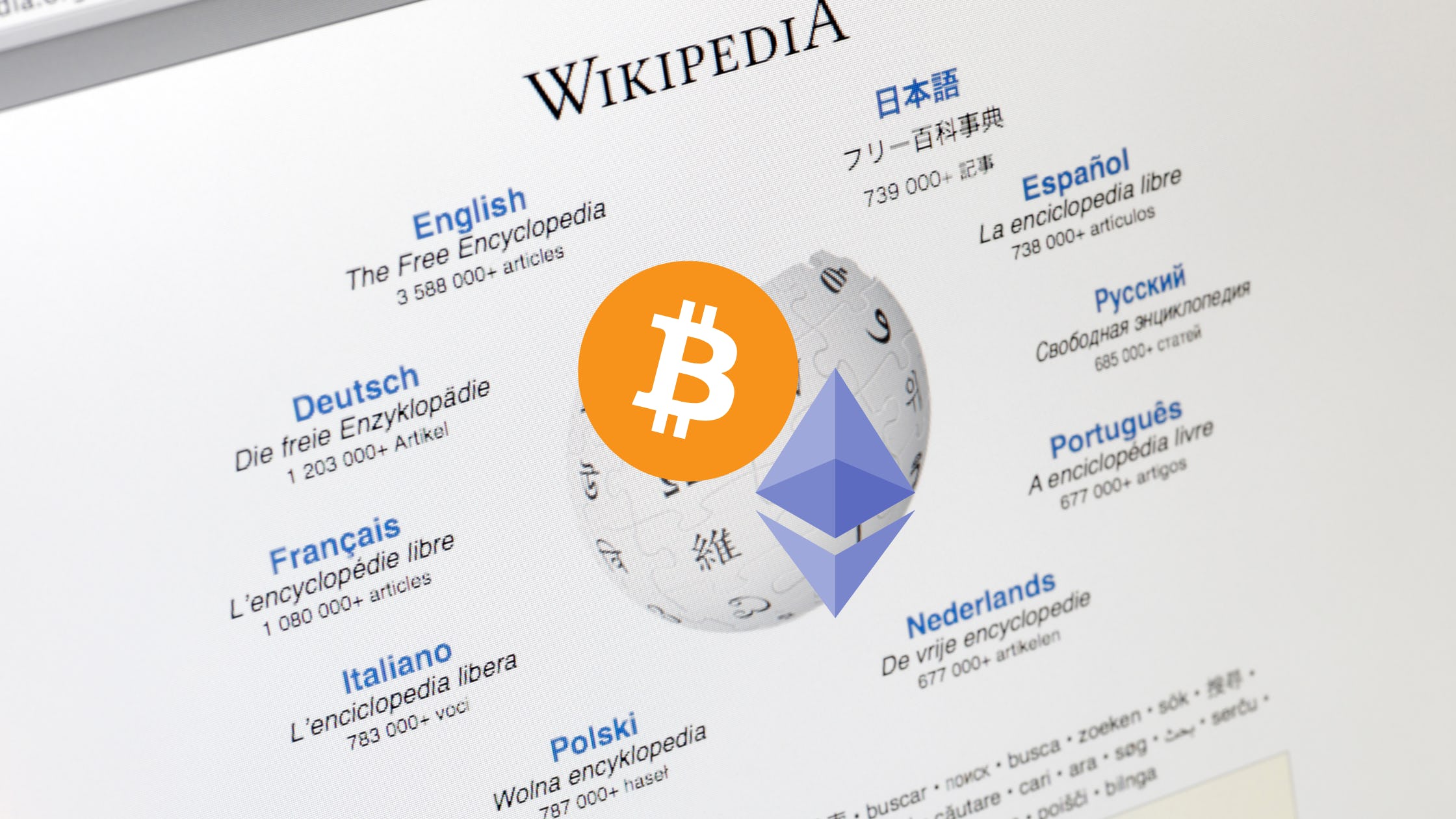 Wikipedia’s parent organization, the Wikimedia Foundation, will no longer be accepting any donations in Bitcoin, Bitcoin Cash, or Ethereum after some community members sparked a three-month long debate about the pros and cons of crypto.

The news comes shortly after the foundation conducted a poll where more than 70% of respondents said they wanted to discontinue all cryptocurrency donations.

“The Wikimedia Foundation has decided to discontinue direct acceptance of cryptocurrency as a means of donating ... we are making this decision based on recent feedback from [volunteers and donor] communities,” the foundation said in a statement.

The foundation began accepting Bitcoin in 2014. Back then, it reasoned that adding Bitcoin as a donation option would help make contributing to the Wikimedia Foundation “as simple and inclusive as possible.” Wikipedia historically has put a large emphasis on being a global platform, currently supporting content in 326 different languages.

The foundation initially worked with Coinbase to accept Bitcoin donations before switching to BitPay to facilitate donations in additional cryptocurrencies.

“In the last financial year the most used cryptocurrency was Bitcoin. We have never held cryptocurrency, and spot-convert donations daily into fiat currency (USD), which doesn’t have a significant environmental impact,” Brungs wrote back in January.

When the debate over crypto donations began in January, software engineer and Wikipedia editor Molly White noted that just 400 community members participated in the discussion.

But many of the accounts, White observed, appeared to be “single-purpose accounts created just for the discussion” to persuade the foundation against crypto.

According to the report, a major argument against cryptocurrency was “issues of environmental sustainability.” But there are a number of more energy-efficient blockchains out there that do not use proof-of-work mining, such as Avalanche, Tezos, Solana, and Cardano.

Those in favor of crypto donations cited a need for pseudonymous donations in countries where Wikipedia might be illegal or censored. It was also argued that because Bitcoin is legal tender in El Salvador and the Central African Republic, the foundation should allow people to donate in their country’s official currencies.