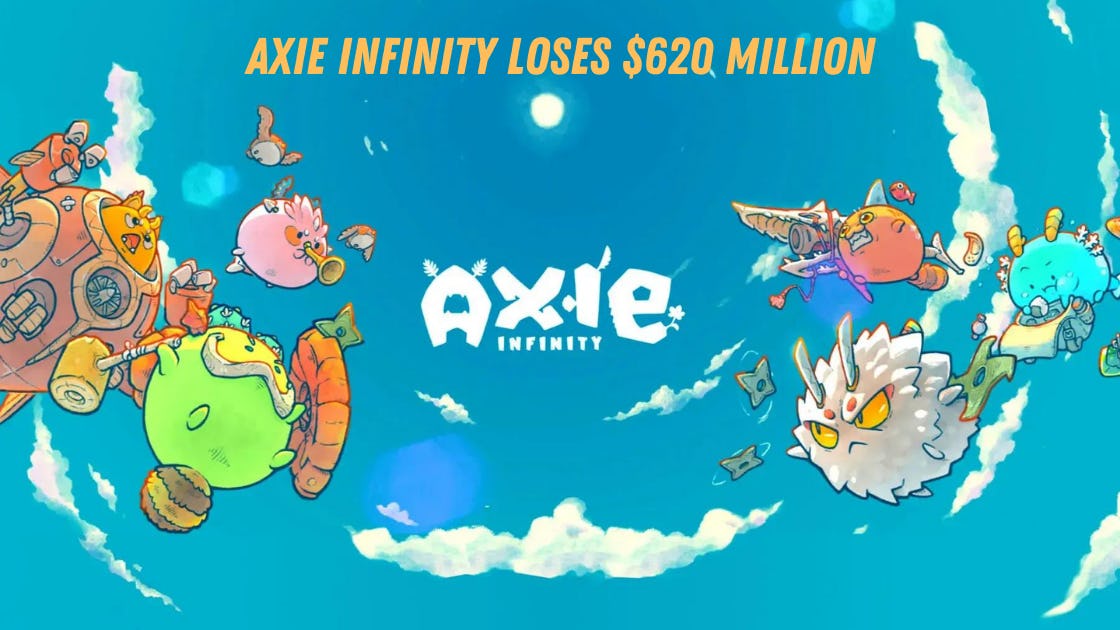 According to Sky Mavis, the creators of the blockchain NFT game Axie Infinity, the Ronin network has been attacked, and a hacker has managed to siphon 173,600 in ethereum and 25.5 million usd coin (USDC). The attacker has obtained roughly $620 million worth of crypto assets, and the Ronin bridge and Katana Dex have been paused.

The funds were drained in two transactions (transaction 1 and transaction 2) and Sky Mavis discovered the attack after a user complained that they could not withdraw 5,000 ether from the Ronin bridge.

“The attacker used hacked private keys in order to forge fake withdrawals,” Sky Mavis’s post mortem statement discloses. While the Ronin bridge and Katana Dex has been halted, Sky Mavis also said: “We are working with law enforcement officials, forensic cryptographers, and our investors to make sure all funds are recovered or reimbursed. All of the AXS, RON, and SLP on Ronin are safe right now.”

The team further explained that the project uses nine validator nodes to run Ronin, and in order to deposit or withdraw, five out of nine are needed to process a transaction.

“The attacker managed to get control over Sky Mavis’s four Ronin Validators and a third-party validator run by Axie DAO,” Sky Mavis said. “The validator key scheme is set up to be decentralized so that it limits an attack vector, similar to this one, but the attacker found a backdoor through our gas-free RPC node, which they abused to get the signature for the Axie DAO validator.”

What’s worse is that Sky Mavis notes that the attacker got away with it because of a change made back in November 2021, and they discontinued the “Axie DAO allow listed” scheme the very next month.

However, the “allowlist access was not revoked” the team said, and Sky Mavis added that “once the attacker got access to Sky Mavis systems they were able to get the signature from the Axie DAO validator by using the gas-free RPC.” Sky Mavis’s post mortem continued: We have confirmed that the signature in the malicious withdrawals match up with the five suspected validators.

Moreover, the team is in the process of discussing with stakeholders and talking about how to make sure users are compensated. “Sky Mavis is here for the long term and will continue to build,” the team’s post mortem concludes.