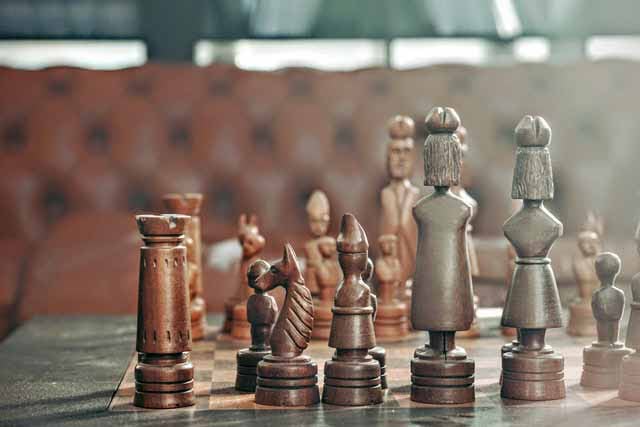 Candlestick charts are a form of technical analysis tool that condenses data from different time periods into a single price bar. This distinguishes them from conventional open-high, low-close bars or clear lines connecting closing price dots. When finished, candlesticks create patterns that indicate the course of the price. Proper color coding brings complexity to this vibrant scientific instrument, which dates all the way back to Japanese rice traders in the 18th century.

Numerous traders are now familiar with hundreds of these formations, which are dubbed bearish dark cloud cover, evening star, and three black crows. Additionally, scores of long- and short-side trading techniques incorporate single bar trends such as the doji and hammer.

It's important to note that candlestick trends are not always indicative of a buy or sell signal. Other than that, they are a method of analyzing the market structure and a possible indicator of an impending opportunity. As such, it is often beneficial to examine trends within their meaning. This could be the background of the chart's technical trend, but it could also be the wider business situation or other considerations.

What are candlestick patterns?

Candlestick patterns are charting patterns used in technical analysis that represent the opening and closing prices of a security over a specific period of time. They can show the direction of a security's trend, as well as whether the security is in a long-term uptrend or downtrend. They are called candlesticks because of their characteristic shapes, based on the shadows they cast on a traditional Japanese candlestick chart.

How to recognize candlestick patterns in real-time?

Candlestick patterns are popular among technical traders for their ability to predict future price action. The high level of detail in the pattern helps traders to see things that aren't always so clear in other charts. Candlestick patterns are created by taking the closing price of a security over a given time period and comparing it to the opening price of the same time period. Candlesticks work best when used in conjunction with a trend line.

A morning star is a visual pattern comprised of three candlesticks that technical analysts view as a bullish symbol. A morning star forms as a result of a downward trend and signals the beginning of an upward climb. It is a symbol of a price pattern turnaround. Traders look for the appearance of a morning star and then use other markers to confirm that a turnaround has occurred.

Since a morning star is a visual pattern, no special calculations are needed. After three sessions, then a morning star shapes or does not. However, there are additional technical factors that can help forecast the formation of a morning star, such as whether the market activity is approaching a support zone or whether the relative strength index (RSI) indicates that the stock or asset is oversold.

Morning star trends can be used as a visual indication of the start of a market turnaround from bearish to bullish, but they become more important when accompanied by other technical indicators. Another critical factor is the amount that contributes to the formation of the pattern. Generally, a trader needs to see a turnover increase over the course of the pattern's three sessions, with the third day having the most volume. Regardless of other measures, a high volume on the third day is often interpreted as an affirmation of the cycle (and eventual uptrend). If the morning star forms in the third session, an investor will take a bullish stance in the stock/commodity/pair/etc. and ride the uptrend until there are hints of another reversal.

How to identify a Morning Star?

Recognizing patterns is a critical aspect of technical research. You want to ensure that if you have a déjà vu moment, you can behave appropriately as you have experienced the situation before.

When you use technical analysis to evaluate pricing behavior, you're determining the ebbs and flows of consumer sentiment based on industry dynamics and restructuring.

When markets continue to shift in the opposite direction, they create trends that can be used to forecast potential market fluctuations.

The three-line strike candlestick pattern is one of the most effective continuation patterns.

Three black candles are carved out by the bullish three-line spike reversal pattern inside a downtrend. Each bar establishes a lower low and closes near that level. The fourth bar opens much lower, then reverses to form a wide-range outside bar that closes above the series' opening high. Additionally, the opening print indicates the low of the fourth bar. Bulkowski estimates that this turnaround accurately forecasts higher prices at an 83 percent rate.

A bullish three-line strike pattern contains many critical components, including the following:

A bearish three-line strike pattern has several key elements that include:

A hammer is a candlestick charting pricing trend that happens when a security trades slightly lower than its opening price but bounces to close near the opening price. This design results in a hammer-shaped candlestick with a lower shadow that is at least twice as large as the actual body. The candlestick's body reflects the disparity between the open and closed rates, while the shadow represents the period's high and low prices.

The hammer candlestick is a bullish trading pattern that indicates a market has hit its bottom and is poised for a trend turnaround. It means that sellers joined the market, driving the price down, but were eventually overwhelmed by investors, who pushed the asset price higher. Notably, the upward price reversal must be validated, which ensures that the subsequent candle must close above the prior closing price of the hammer.

The inverted hammer candle has a tiny true body, a long upper wick, and a short or nonexistent lower wick. It forms at the bottom of a downtrend and indicates the possibility of a bullish turnaround. The prolonged upper wick indicates that bulls are attempting to push price higher. The move's validity would be validated or denied by future market action.

How to tell whether a candlestick pattern is an Inverted Hammer?

The bullish abandoned baby reversal pattern forms at the downtrend's low, after a string of black candles printing lower lows. The demand gaps lower on the next bar, but no new sellers emerge, resulting in a small range doji candlestick with identical opening and closing prices. The pattern is completed by a bullish gap on the third bar, indicating that the rebound will extend to higher highs, perhaps causing a broader-scale uptrend. According to Bulkowski, this trend accurately forecasts higher costs by 49.73 percent.

The evening star trend is widely regarded as a highly accurate predictor of potential market declines. Its trend develops over a three-day period:

The evening star pattern is regarded as a reliable predictor of the onset of a downward trend. However, amidst the chaos of stock-price results, it can be difficult to discern. To assist in accurately identifying it, traders often use market oscillators and trendlines to validate the occurrence of an evening star pattern.

We examined six of the most often used candlestick chart trends for identifying purchasing opportunities. They assist in identifying a shift in trader sentiment in which buyer demand prevails over seller pressure. Such a downtrend turnaround may be followed by the possibility of making substantial gains. Nonetheless, patterns do not guarantee that the trend will reverse. Before executing a trade, investors should always confirm reversal through subsequent market action.

The morning star pattern is slightly variable. When the price action in the middle candlestick is basically flat, a doji is created. This is a tiny candlestick with no discernible wicks, resembling a plus sign. The doji morning star more precisely demonstrates the market's indecision than a morning star with a thicker middle candle. When a doji appears after a black candle, there is usually a more aggressive volume surge and a correspondingly longer white candle, as more traders are able to easily distinguish the formation of a morning star.

What Is the Distinction Between a Morning and an Evening Star?