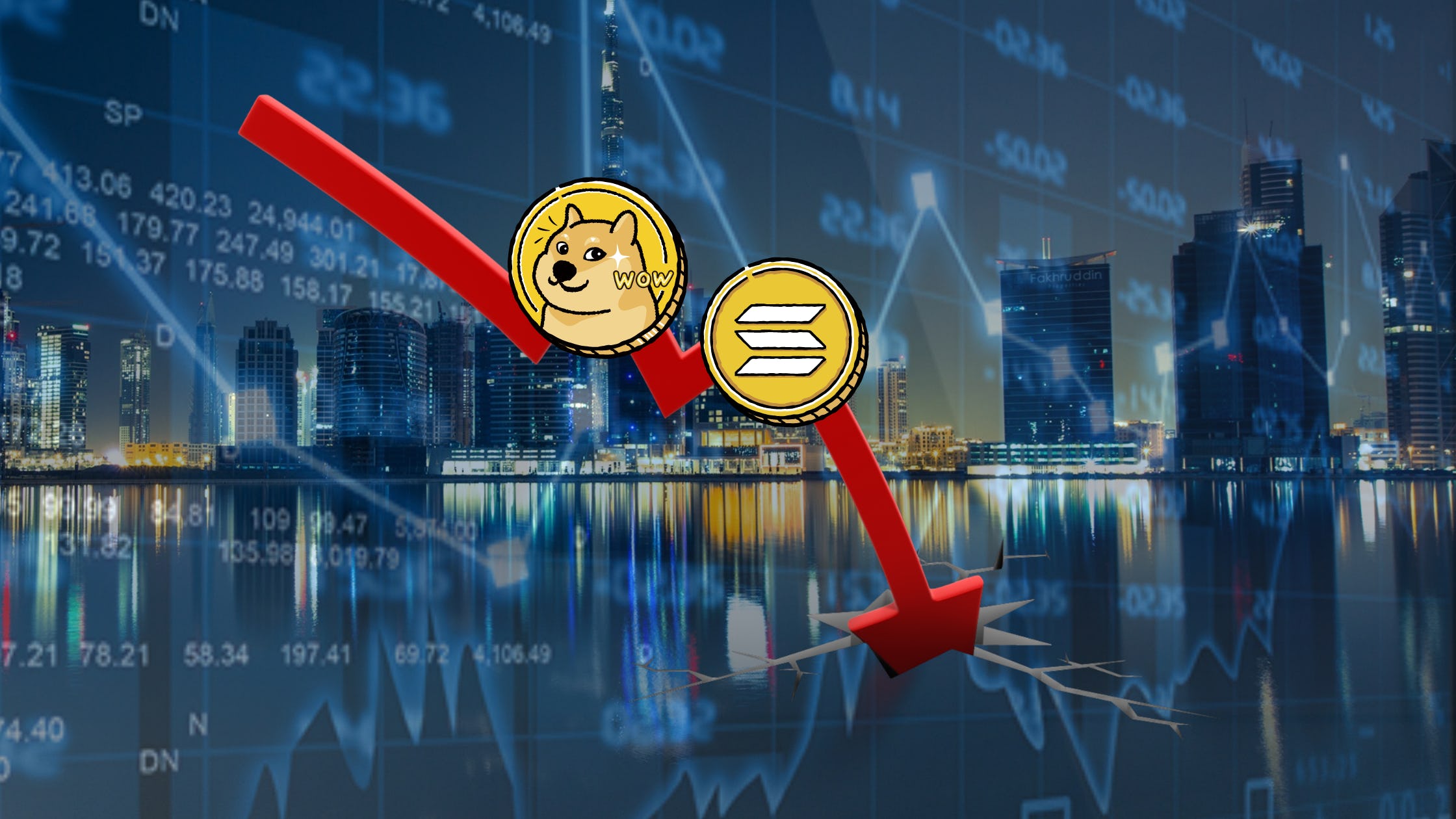 DOGE and SOL were some notable movers on Monday, as crypto markets were once again hit by a red wave. DOGE dropped to its lowest level since April 2021, whilst SOL was also trading close to a one-year low to start the week.

SOL’s sell-off saw prices fall to their lowest level since July last year, as crypto markets were down across the board.

The world’s ninth-largest crypto token dropped by over 17% on Monday, hitting an intraday low of $26.45 in the process.
See related article: Solana Price Prediction

This drop came less than a day after prices were trading almost $10 higher at $34.12, however with markets tanking, SOL was unable to remain above $30.

Overall, solana is now trading lower for the fourth consecutive day, and over $120 lower than at the same point two months ago.

Despite this latest sell-off, the 14-day RSI has still yet to reach its floor of 22, and is currently tracking at 26.60.

Should this floor be reached, there is a chance we could see SOL trading at or below $20 for the first time since April last year.

On the other hand, DOGE is currently trading at its lowest point since last April, as prices dropped by over 17% today.

Following a week’s worth of consolidation to start June, DOGE began to sell off from Wednesday last week, as markets prepared for the release of inflation data.

Looking at the chart, these recent declines have pushed the Relative Strength Index to its weakest point on record.

As of writing, the RSI is tracking at 21.16, which is the most oversold prices have been since DOGE’s inception in 2015.

Although many will believe that it could only be up from here, bears will likely continue to liquidate positions, sending prices lower.