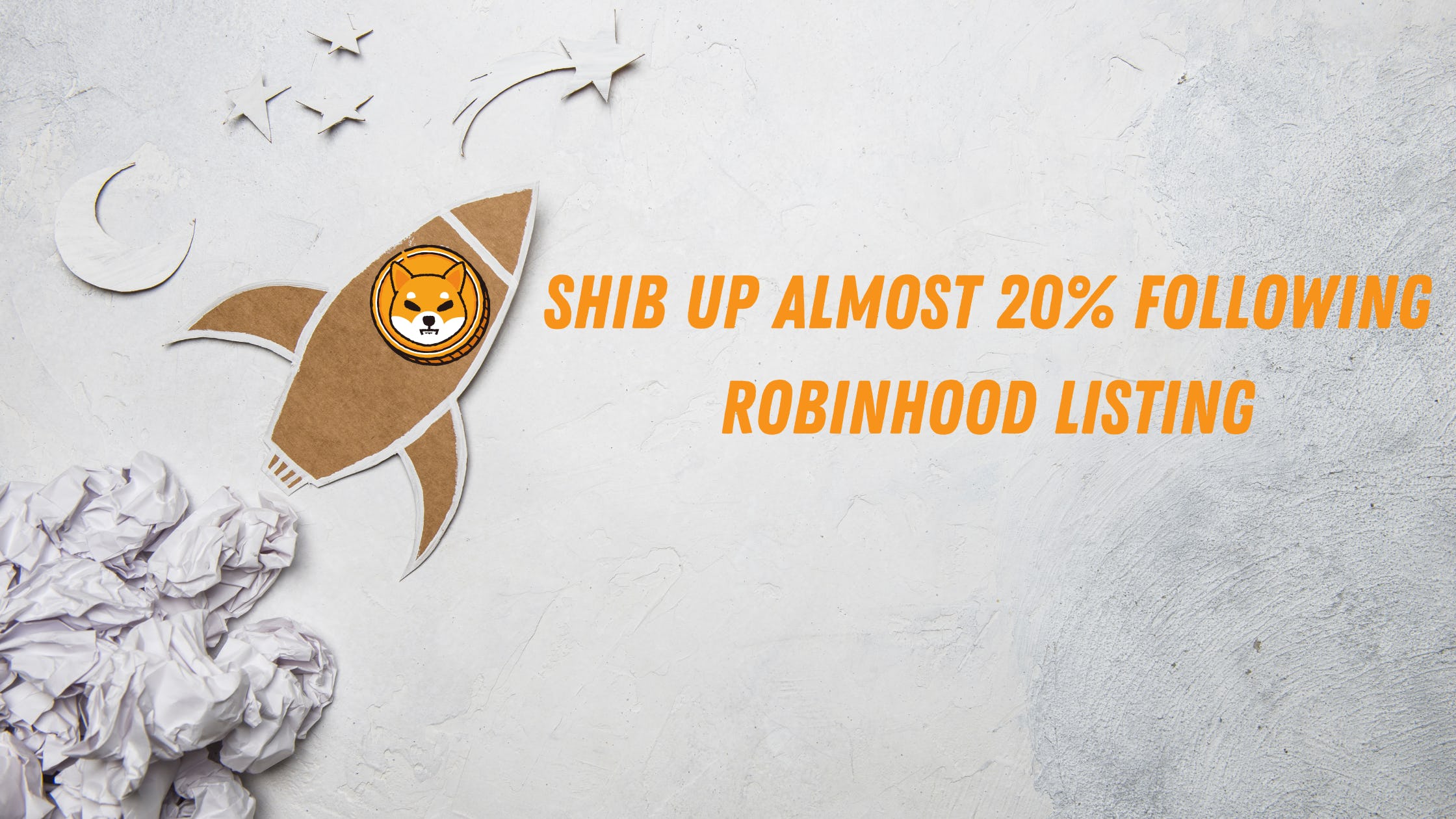 Shiba inu (SHIB) was one of the biggest gainers in crypto markets on Tuesday, as Robinhood added the meme coin to its list of crypto offerings. This came as the trading app also added a host of others, including SOL which also gained following recent losses.

Shiba inu (SHIB) was undoubtedly the biggest gainer during Tuesday’s trading session, as it was finally confirmed that Robinhood had added the meme coin to its offering.

This peak was the highest level SHIB has traded since February 17, and comes after prices rebounded from the long-term support level on Monday.

Despite this almost two-month high, the 14-day RSI is only tracking at 57, with its recent high closer to 70.

Robinhood traders could see this as an opportunity to push the meme coin higher.

Although SOL was also added to Robinhood on Tuesday, it was NEAR which was today’s second-biggest gainer.

NEAR rose to a peak of $17.17 during today’s session, as prices continued to move away from its recent support level.

Earlier gains in NEAR have somewhat eased as the day matured, as prices came closer to the resistance point of $17.55.

However, before touching this point, bears have moved to quash the upwards trend, as the price NEAR seems as if it will continue to consolidate.

Today’s surge comes as price strength climbed back above a recent floor within the 14-day RSI indicator, and now sits at the 60 level.

With the nearest ceiling at the 64 point, there may be some further gains in NEAR, however, if the resistance of $17.55 is hit, we may see yet another drop.