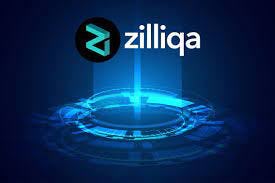 Solana extended recent gains, as it continued to cement its place as the world’s sixth-largest cryptocurrency. ZIL also rose on Thursday, following yesterday’s 50% increase in its value. All of this came as WAVES jumped by as much as 15% during the session.

Although solana (SOL) was higher for a third straight session, hitting a multi-month high in the process, it was zilliqa (ZIL) which was once again the day’s biggest gainer.

Today’s surge saw ZIL/USD climb to an intraday high of $0.218 during Thursday’s session, which is its highest point since last May.

Following the breakout of the $0.1090 resistance, ZIL has rallied to reach a streak of higher highs throughout the course of the week.
Price strength continues to be overbought as a result of these gains, with the 14-day RSI now tracking at 91.51.

This is the highest point this indicator has hit on record, which shows that there could only realistically be one direction long-term from this point.

As seen from today’s candlestick, the wick fell from its earlier highs and now trades at $0.1844, which is likely a result of profit-taking.
WAVES

The price of waves (WAVES) rose for a fourth consecutive session on Thursday, hitting a new all-time high in the process.

Following yesterday’s high of $60.03, WAVES/USD climbed to an intraday high of $62.36 during today’s trading session.

This move came following earlier lows of $49.68, with WAVES prices trading nearly 13% higher than this, as of writing.

In addition to the current all-time high, the 14-day RSI is also tracking at a peak of 92.28, which is firmly above the overbought zone.

As a result of this, and similar to ZIL, this will likely spur interest from bears, who believe a reversal in momentum is imminent.

The crossover of the moving average also seems to have matured, and a change in direction could come once a resistance in price is found.