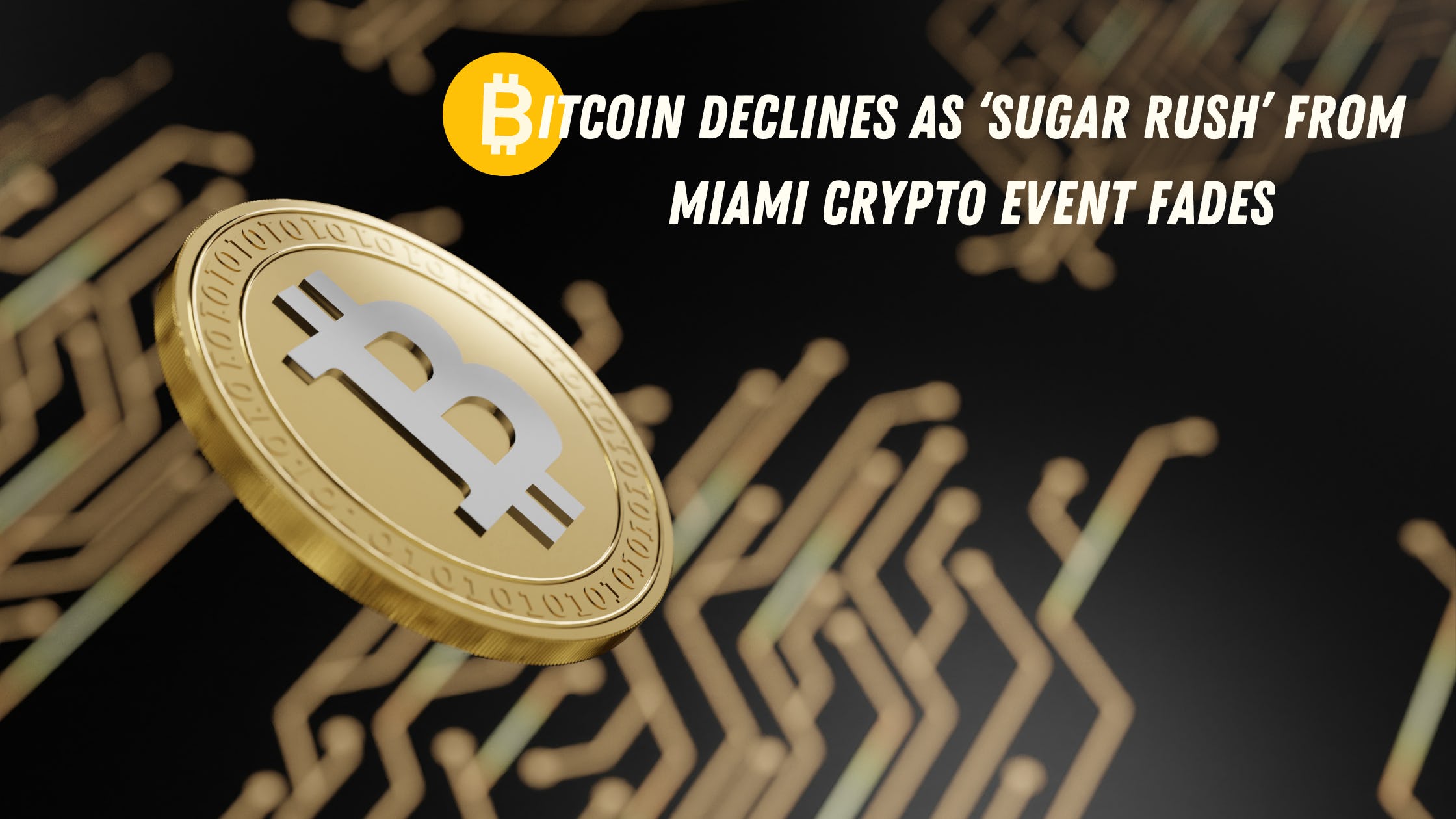 The largest cryptocurrency fell as low as $41,918 on Monday morning in Asia, retreating for the seventh day in the past eight. Since peaking at just above $48,000 in late March, Bitcoin -- and other tokens -- have been dragged lower by concerns about tighter monetary policy. Even the buzz around last week’s Bitcoin 2022 conference in Miami wasn’t enough to reverse the trend.

Expectations for tighter monetary policy has hurt demand for riskier assets such as cryptocurrencies and tech stocks, which are increasingly moving in tandem.

“Now the sugar rush of Bitcoin 2022 has passed, Tuesday’s (likely) ugly U.S. consumer price report is a reminder that the Fed is caught between a rock and a hard place when it comes to tackling runaway inflation without sinking the economy,” said Antoni Trenchev, managing partner of crypto lender Nexo, in emailed comments.

Bitcoin also briefly dipped below its 50-day moving average. The token traded at $42,270 at 9:40 a.m. in Hong Kong, down about 2% for the day. Ether slipped 2.8% to $3,196. Equities were mixed, the Chinese markets down sharply while Australian and Japanese stocks were little changed.

Bitcoin has been in a trading range of around $35,000 to $45,000 for much of the year so far. The breakout above $48,000 last month briefly erased its losses for the year, but the token hit resistance around its 200-day moving average.

“The pullback from the late March high is more technical than anything else,” Maley said in emailed comments. “After its 35% rally from January to late March, Bitcoin had become very overbought. So it’s just working off that condition. As long as it can hold above $40,000, its multi-month upward trend will remain intact.”

Still, Bitcoin’s tendency to move in sync with assets such as U.S. tech stocks makes the drop less of a surprise after a tough week for American markets last week. Its correlation with the Nasdaq 100 Index is now back at record levels.

“The Nasdaq 100 closed below its 50-day moving average on Friday, so now wouldn’t be a bad time for Bitcoin to break its correlation with the tech-laden index,” Nexo’s Trenchev said. “Close above $45,000 again and we’re back in the game.”