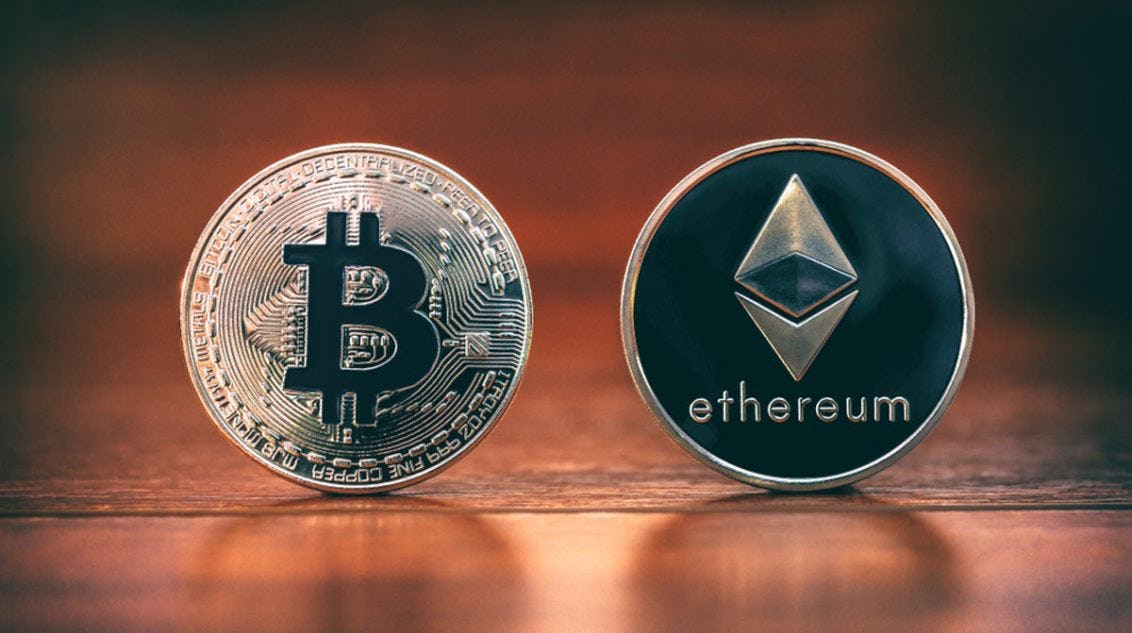 Bitcoin, Ethereum Technical Analysis: BTC Back Above $40,000 as Bulls Re-Enter

Bitcoin, Ethereum Technical Analysis: BTC Back Above $40,000 as Bulls Re-Enter

After falling to multi-week lows to start the week, BTC rebounded back above the $40,000 level on Tuesday. Today’s surge in price comes as ETH also rallied, climbing beyond the $3,000 point for the first time in three days.

Following a disappointing start to the week, bitcoin saw its price rebound during Tuesday’s session, as bulls returned to action.

Monday saw BTC fall to a bottom of $38,708.50, which was its lowest point since mid-March, however it has since regained momentum. 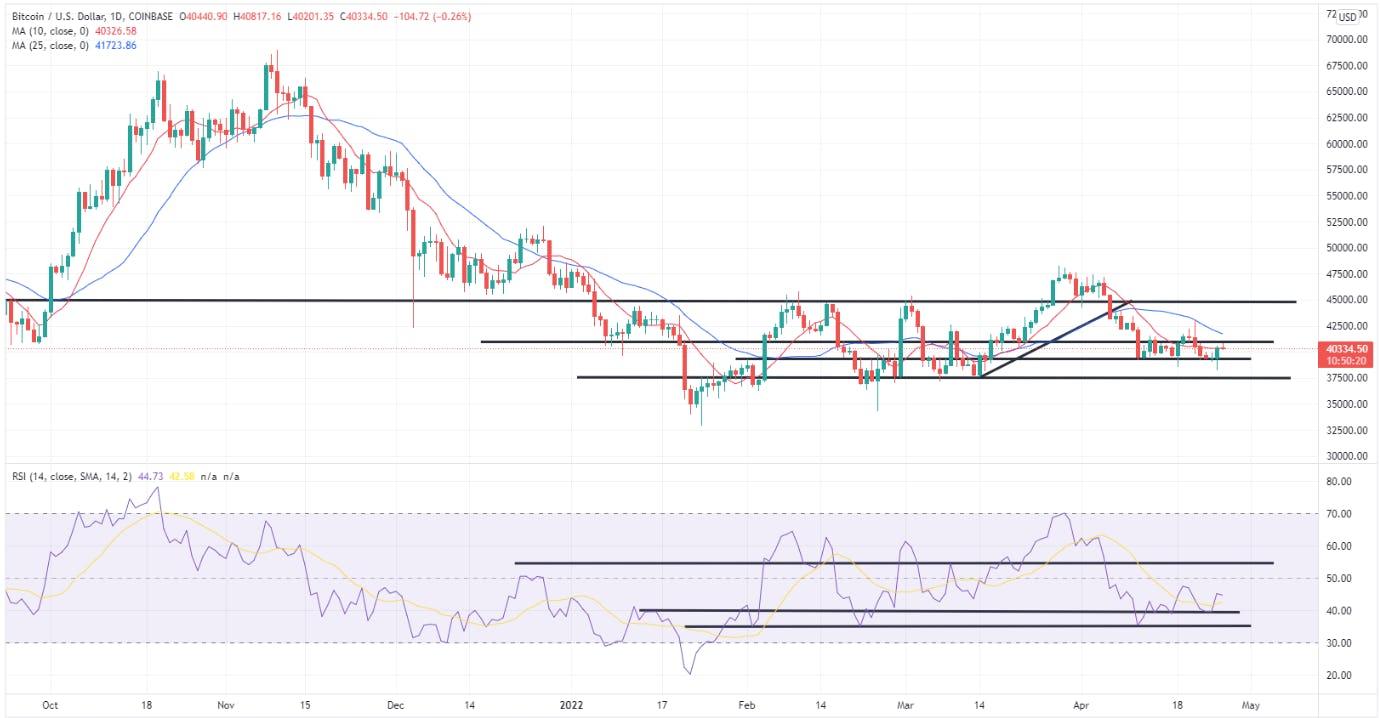 Today’s surge, which sees prices of the world’s largest cryptocurrency up nearly 5%, has somewhat eased, as early entrants likely have chosen to secure gains.

Looking at the chart, the closing of these positions comes just as prices approached the long-term ceiling of $40,835, which has often been a point of contention.

Relative strength remains oversold despite today’s gains, which may turn out to be a positive for bulls looking to spark a resurgence.

Speaking of resurgences, ETH saw its price recapture the $3,000 level for the first time since Saturday, following recent losses.

Today’s peak comes less than 24 hours after prices were trading at a bottom of $2,851.25, which was the lowest ETH had hit since March 18. 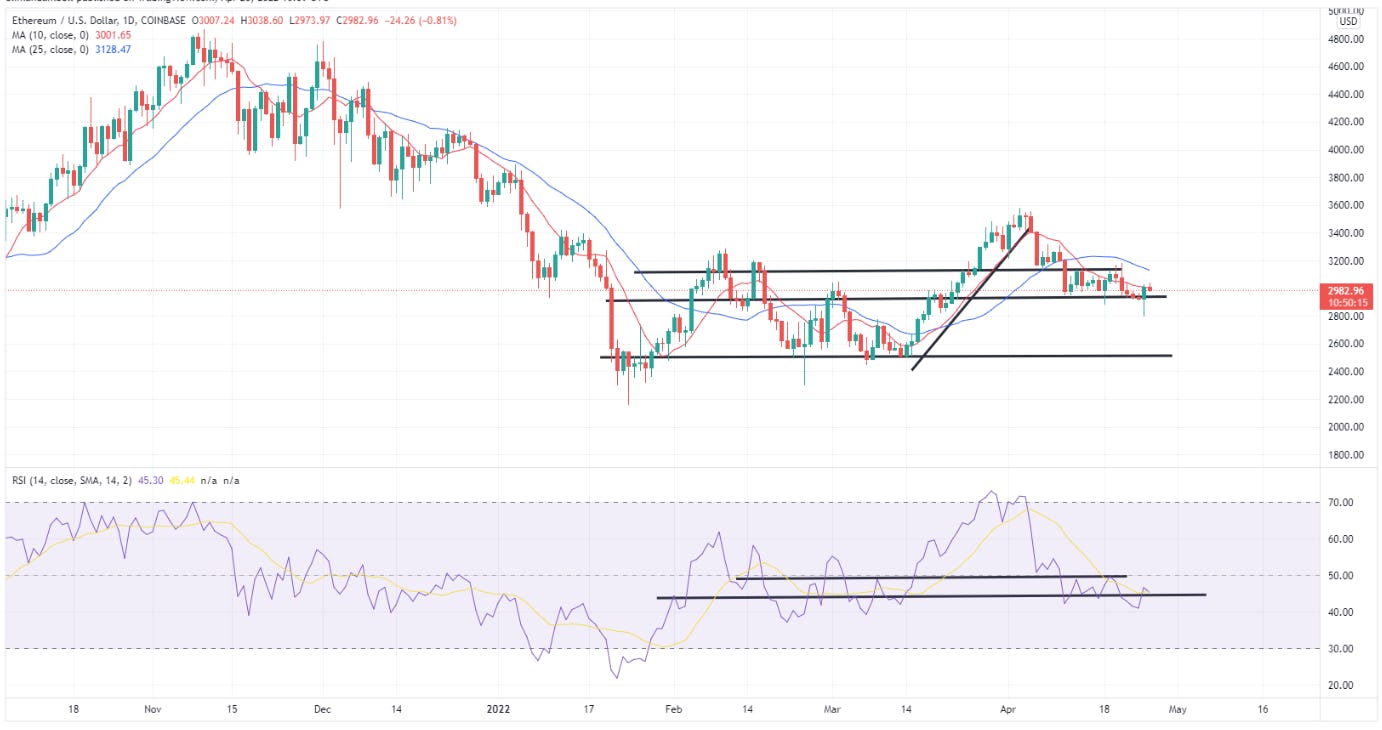 This recent decline in price pushed the 14-day RSI near its own floor of 44.20, however bulls have managed to prevent any further weakness, and in turn used this as an opportune time to show strength.

Moving averages are now tracking sideways, which could be the sign of consolidation, however bullish prospects will be increased should an upward crossover occur.