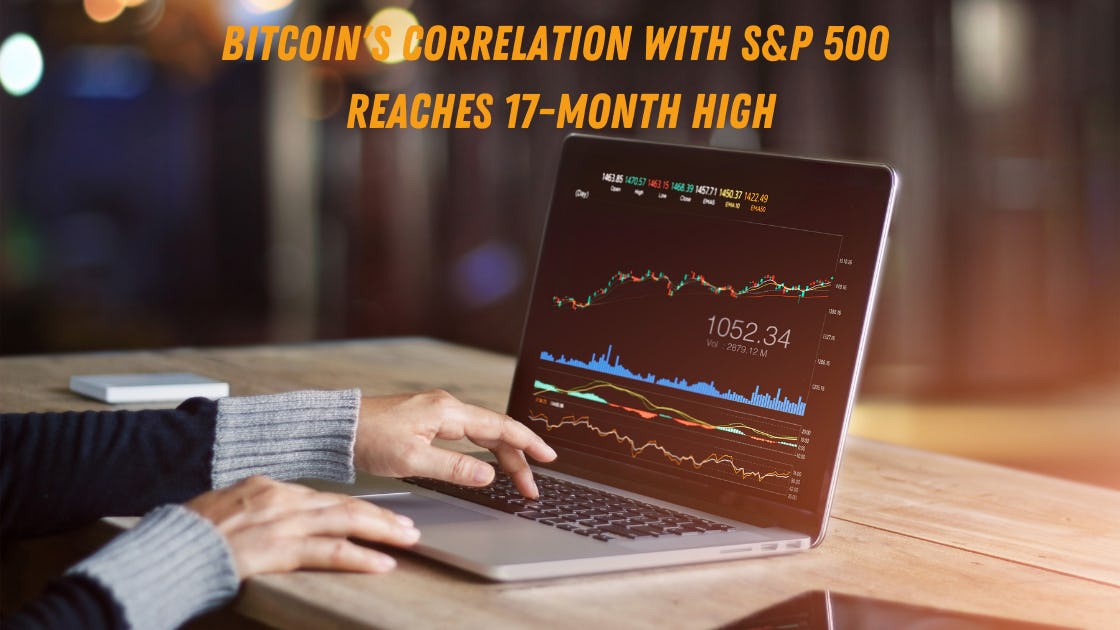 However many times Bitcoin has been called "digital gold," the world's largest cryptocurrency now appears to be mimicking something else: stocks.

According to data tracked by crypto market info provider Arcane Research, Bitcoin’s correlation with the S&P 500 is at its highest since October 2020. That’s approximately when Bitcoin began its ascent from a multi-year slumber to back above $20,000—and well beyond.

This comes shortly after Bitcoin appeared to be decoupling from traditional markets in the wake of Russia’s invasion of Ukraine. As the NASDAQ and S&P fell 6% on the month, Bitcoin and Ethereum gained roughly 18% over that span. Over the final week of February, Bitcoin’s correlation with the S&P had fallen from 0.564 to 0.461.

However, the 90-day correlation between Bitcoin and the index returned to 0.49 on March 18. To clarify, a score of 0 means no correlation, whereas a score of 1 shows a perfect correlation.

This would corroborate Bank of America’s analysis from early last month that Bitcoin trades more like a risk asset, and has been doing so since last July. On the other hand, its correlation to gold has remained near zero throughout that time.

In this respect, the bank doesn’t expect Bitcoin’s price movements to change until its volatility decreases.

"Bitcoin is perfected gold—digital gold," he told CNN Business on Wednesday, "and it is also perfected property—digital property. People that are trading it right now without having studied it for a hundred hours, they trade it as a risk asset ... but those that have taken the time to understand it, they understand it as a risk-off asset."

In reality, both the stock correlation and digital gold premise may be correct at once. Some analysts are now arguing that stocks themselves are a "risk-off" asset or inflation hedge.