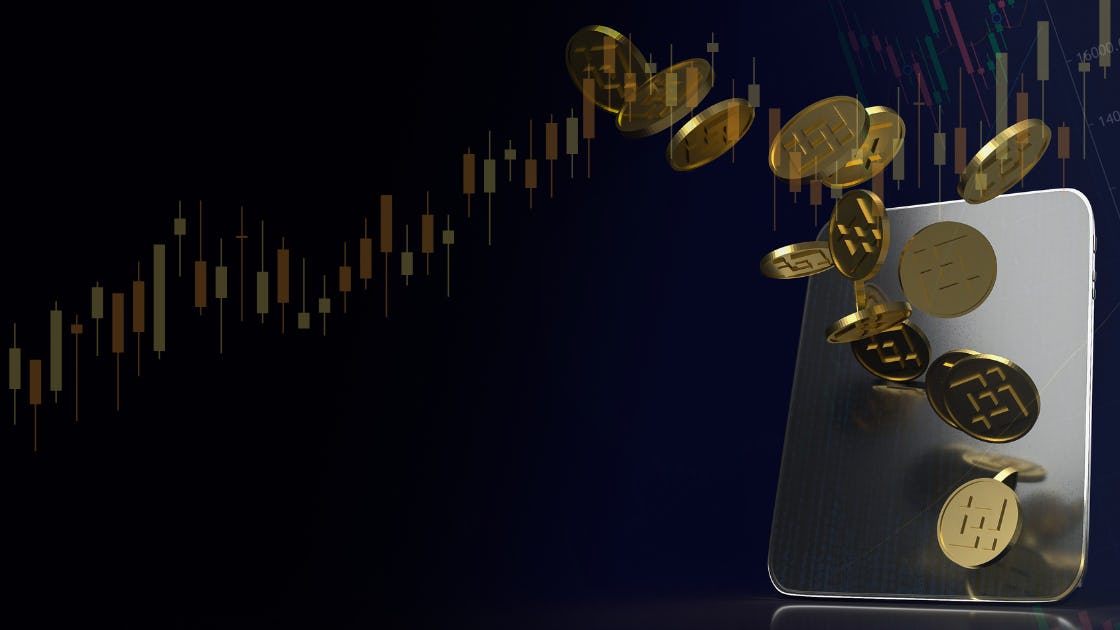 BNB Could Jump to $443, Here's What Should Happen First: Analyst

Altrady Blog/News/BNB Could Jump to $443, Here's What Should Happen First: Analyst

BNB Could Jump to $443, Here's What Should Happen First: Analyst

Analyst Ali Martinez has tweeted that he sees Binance Coin (BNB) jumping toward $443 if the coin manages to hold a key price level. Prominent trader Scott Melker also shared his prediction for the possible move of BNB in the near future.

So far, it has retraced as he anticipated – to $337. Should BNB be able to hold higher than $332, then he expects BNB to attempt a run toward $443. The analyst presented a screenshot of a chart with Fibonacci levels, showing how the coin could be propelled to the aforementioned target level.

This confirms the prediction the analyst made on Nov. 4 in a reply to a tweet by prominent trader Scott Melker. Back then, Martinez tweeted that he expects BNB to decline to the $338-$334 level and then "reload and aim higher." Melker, in that tweet, pointed to the fact that BNB had broken the key resistance level at $337.

He believes that should the Bitcoin price remain stable and hold above $20,000 (on Nov. 4, BTC traded in the $20,300 zone), then BNB should keep climbing and reach the $500 zone, facing big hurdles on its way there.

The aforementioned downward move of BNB took place after the native coin of the Binance exchange dropped from the high of $359 reached on Nov. 5. That high was reached on the news of Elon Musk taking over Twitter and CZ providing an investment of $500 million to help him do that.

As reported by U.Today last week, analyst Miles Deutscher believes that BNB is among the coins that might be integrated with Twitter for payments later on. He pointed out that Binance had just launched the "Bluebird Index," which tracks the performance of the following cryptocurrencies: Doge, BNB and MASK.

He linked the name "Bluebird" to Twitter and concluded that Binance Coin is likely to become one of the payment tools on the social media giant recently acquired by the Tesla boss. The first but vital change introduced by Musk on the platform is that he is making all owners of verified accounts to pay $8 a month to keep their blue checkmark displayed.

Many are protesting this decision, including the famous U.S. writer Stephen King, accusing Musk of buying Twitter not for "the love of humanity and to preserve free speech" but merely to make money. Besides, Musk is laying off half of the company's personnel, claiming that this is the only way to stop Twitter losing millions USD per day.