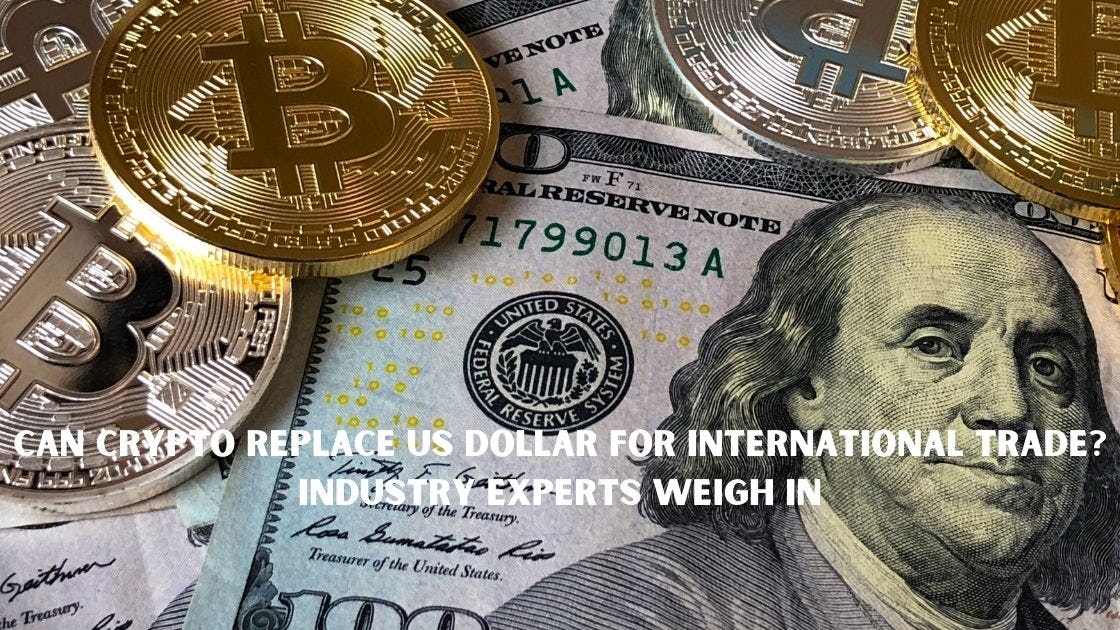 Can crypto replace US dollar for international trade? Industry experts weigh in

Can crypto replace US dollar for international trade? Industry experts weigh in

It is a matter of debate whether a cryptocurrency will replace US dollar for international transactions in the coming years. However, Rajnish Kumar, chairman, BharatPe and former chairman SBI believes crypto is the buzzword of the new age economy and it is not defined by national boundaries.

He thinks that everybody including judicial systems, governments and central banks are still trying to understand and figure out what it is. While sharing his views at Business Today Crypto Conclave, he said, “I would not be surprised to see crypto as a currency for international transaction over the next 10 years.”

On the other hand, former finance secretary Subhash Chandra Garg added that the moment e-dollar or the digital dollar will come in, the global currency will retain the primacy it has today in the international payment system.

“Digital rupee, whenever it will come, will have a very small role to play because the rupee is not an international currency,” Garg said.

Commenting on the regulations, Garg added that the crypto world has three kinds of phenomenon which includes currency, services and assets like NFT. “These things require different ways to regulate,” he said, adding all these crypto platforms today recognise as decentralised autonomous organisations (DAO).

Experts also believe that there is a need to understand the technology. “We are over-possessive and over-focussed on the currency. Still, a lot is not understood,” Garg said.

Cyril Shroff, managing partner, Cyril Amarchand Mangaldas, seconds Garg and said nobody still understands this yet. “It is a bit like six blind men and elephant. The whole world is trying to figure out what this technology and new system mean. So, there is a need to increase in awareness.”

NS Nappinai, advocate, Supreme Court and founder, Cyber Saathi, also said crypto assets may be at some level could be utilised as a payment mechanism. “However, how do you regulate them will be an issue,” she added.