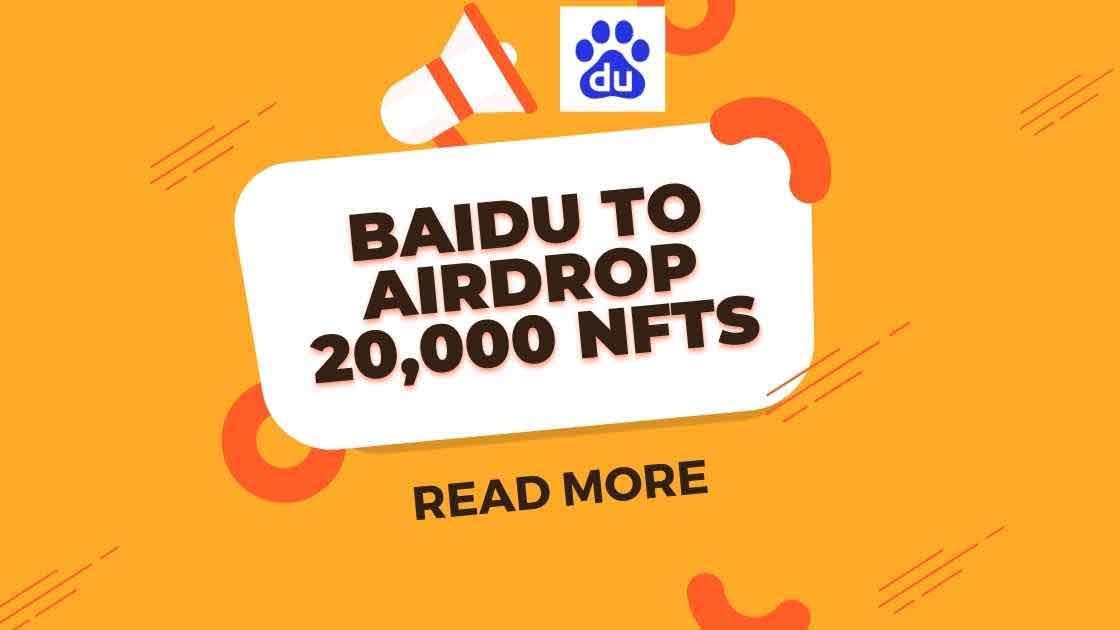 Starting March 10, 20,000 Baidu-NFTs will be airdropped! Users will receive 8888 rare cartoon icons which they can use as avatars. The NFTs are based on famous Chinese cartoon characters such as Ali. This avatar is based on a 16th birthday celebration for Ali - who turns 16 on March 16th!

In their ongoing war against crypto, the Chinese government has warned against speculation on non-fungible tokens (NFT) and aims to control their usage in the country. The constant clampdowns have done little to suppress the hype, however, as NFTs remain in demand among Chinese netizens and the regime has yet to ban them.

Crypto has been recovering this week, but non-fungible tokens are still hot. Recently the world's most valuable virtual good was sold at auction for $264,000. Nonfungible reports that total daily sales hit $93 million on March 9th. That is their highest level since October and far above December's record of $66 million in one day. Baidu is celebrating a cartoon character's 16th birthday with animated avatars that will be distributed as non-fungible tokens (NFT).