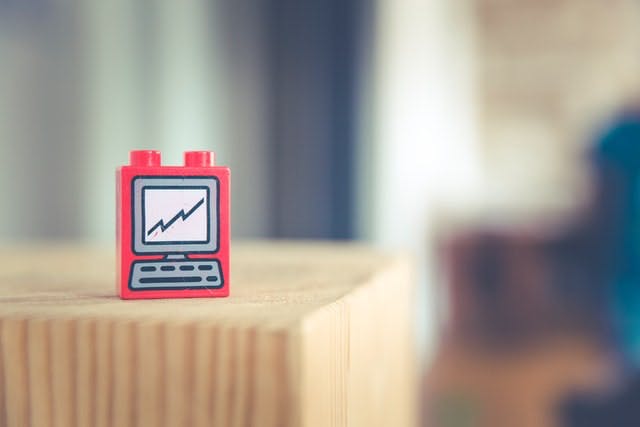 For some time now, the cryptocurrency market has been having trouble. Regrettably, unlike the previous few months, Bitcoin and Ethereum values fell to all-time lows. Even though investors were aware that the crypto market is unpredictable and may collapse at a certain juncture, they voiced outrage and anguish all over social media.

To the dismay of many, the latest crypto meltdown wiped away around US$1 trillion in market value, a stunning decline from US$2.5 trillion just a week earlier. Following the decline, many crypto investors intended to effectively trade their crypto investments.

What Led to the Crypto Decline?

Although many investors view Bitcoin's price fluctuations as normal, volatility is difficult for individual investors to deal with. While the current decline is reminiscent of the sell-off in 2017, Bitcoin's footprint has increased significantly since then. New short-term investors dumping their shares in response to the decline may be contributing to Bitcoin's continuing decline.

Among the top ten cryptocurrencies by market capitalization, Ethereum competitors BNB and Cardano led the market down with a more than 10% sell-off, while Ethereum itself fell about 8%.

Ripple's XRP, which is presently embroiled in a legal fight with the SEC, was down almost 10%, while Tesla billionaire Elon Musk's pet project Dogecoin was down 7%. Bitcoin's price fell somewhat more than 6%, adding to a 10% loss in the previous round of crypto price declines.

While swings are to be expected in a turbulent market, the current move may be unusual. One would think that as the market matured, these occurrences would become less common and severe, but time has shown otherwise.

This particular decline may have been precipitated by several reasons, all of which contributed to the severity of the decline.

One event that shocked the market and the bitcoin price, which has frequently pushed the $30,000 mark in recent weeks, is a cease and desist order issued by the New Jersey Attorney General's Office and the Bureau of Securities to New Jersey-based bitcoin financial services platform BlockFi.

The Attorney General filed this order alleging that BlockFi's loan and trading services are unregistered securities in violation of current securities laws.

BlockFi is a New Jersey-based digital currency firm that offers customers around the United States "USD loans secured by crypto, interest-earning accounts, and trading services." Individuals may earn interest on the digital currencies they stake (lend) on the platform through BlockFi Interest Accounts, and users can trade BTC, ETH, LTC, LINK, PAXG, and USD-backed stablecoins through BlockFi Trading. 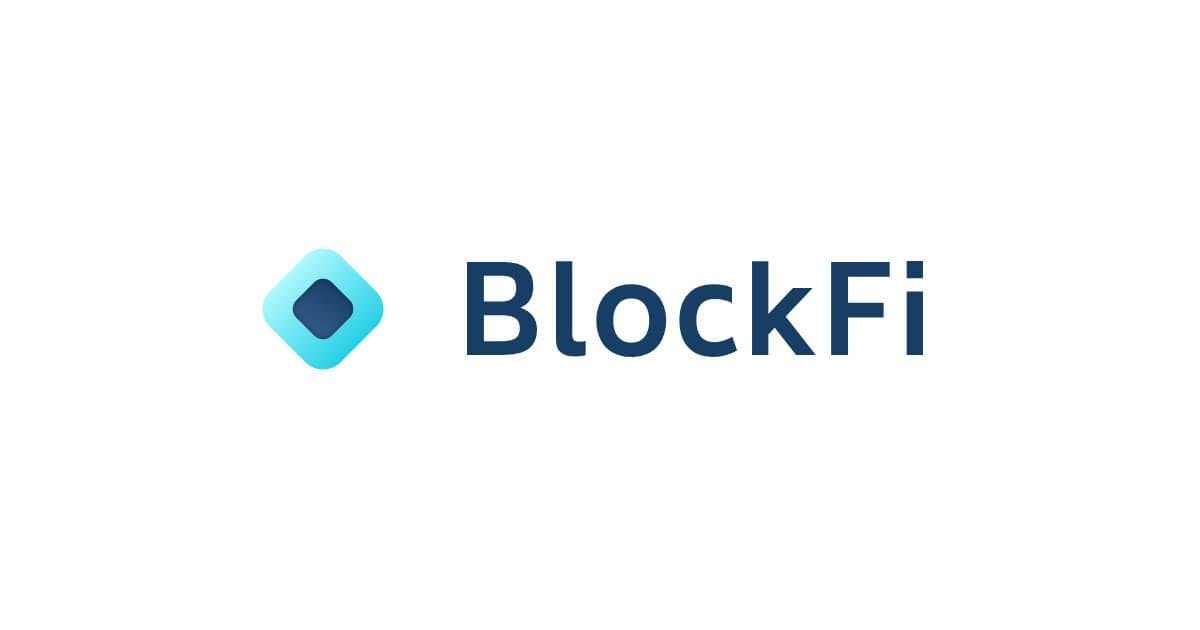 The New Jersey Attorney General, on the other hand, alleges that BlockFi partially funds and facilitates its bitcoin loan and trading operations through the sale of unregistered securities.

Investors may purchase BlockFi Interest Accounts by transferring cryptocurrencies like Bitcoin and Ethereum to the business, which will utilize them to support lending operations and proprietary trading.

According to the directive, BlockFi provides returns ranging from 0.25 percent to 7.5 percent, depending on the amount and kind of assets deposited.

In comparison, Bankrate.com reports that the average interest rate on savings accounts nationally was 0.06 percent on June 30. BlockFi's accounts are not insured by the Federal Deposit Insurance Corporation.

The Global Crackdown on Crypto

Government agencies around the world are only now issuing warnings and bringing cases against blockchain and digital currency businesses they claim are operating illegally in their countries–it is only a matter of time before these businesses cease and desist, fight it out in court, or face jail time for their actions.

China's top bitcoin-producing regions have stepped up their crackdown on cryptocurrency mining, the latest evidence of how global regulators are hardening their position on the fast-developing digital asset markets.

The country's bitcoin mining operations, the energy-intensive process of solving computational puzzles that generate new units of the virtual currency, have been shrinking since May when the government confirmed a ban on cryptocurrency transactions and warned against the risks associated with their use for payment.

China's recent action adds to the strain on what was once one of the most active marketplaces for trading and mining digital currencies in the world. It comes at a time when several countries are examining the industry's environmental impact and deciding the appropriate level of financial regulation for cryptocurrencies.

The Tesla Effect on Crypto Prices

Bitcoin prices rose after Tesla said in February that it will buy $1.5 billion in cryptocurrency and allow customers to pay for Tesla vehicles using bitcoin.

However, the crypto market began to lose momentum on May 12, when Musk said that Tesla will cease accepting Bitcoin as payment for vehicle sales owing to Bitcoin mining's environmental effect. The cryptocurrency market lost about $300 billion in value in a single day.

The cryptocurrency market is made up of several exchanges, each with its own set of regulations due to the lack of centralization. Additionally, the bitcoin market is open 24 hours a day. Thus, when individuals trade, when they are awake, when they are monitoring the markets and making large moves, all of these factors affect how the market acts and how prices vary.

While there are numerous more causes for this weekend's market lethargy, one possibility is that traders should anticipate less liquidity from the market on weekends and that this tendency will continue in the future. This hypothesis is straightforward: because market makers are less busy on weekends, the market reacts by increasing or collapsing.

Margin trading is also critical. Generally, traders obtain funds from exchanges and use them to acquire bitcoin. When the coin's value falls below a particular threshold, they are required to return the loan. However, when traders are unable to repay, the exchanges profit by selling their shares. These instances become more often on weekends when banks are closed. This is what establishes the pricing.

When assets grow rapidly in value, a fall is generally far more likely. Or, at the absolute least, a correction, during which the price returns to a more "normal" level.

Can we predict a crypto crash?

In general, no one can predict bitcoin price or when another crypto collapse will occur. China's crackdown and global calls for increased regulation might affect crypto's decentralization, while environmental issues remain a problem.

Given bitcoin's volatile nature, it is feasible that it will regain momentum in the future (perhaps weeks, months, or even years down the line).

However, keep in mind that if it rises too quickly, it may plummet just as quickly. This is because the price of bitcoin is entirely speculative. In other words, Bitcoin is a gamble; thus, do not spend all of your hard-earned cash on it.

What to do when the cryptocurrency market crashes?

If you're a cryptocurrency investor who's been severely struck by recent losses, there is a strategy you may use to ease some of the agonies. This is known as a "wash sell," and it may help you mitigate your losses by producing some sizable tax savings — it may even be a reason to increase your crypto holdings now when prices are low.

Cryptocurrencies are not regulated as securities. Indeed, crypto taxation was done as property by the IRS. This implies that the laws regulating regular stocks, as well as the regulations governing "wash sells," do not apply to crypto. Many traders are using special crypto tax software to deal with their trading taxes. If you wan to know how to buy stocks with crypto we have a very in depth article.

A wash sale happens when you sell your stocks at a loss and then repurchase them within 30 days, either outright, via a taxable transaction, or via an option to buy.

If you acquire further shares of the same stock during those 30 days, the IRS will restrict you from using the proceeds from the sale to offset capital gains taxes on any subsequent successful acquisitions.

However, cryptocurrency provides a great deal more fun. Capital losses can be used to reduce — and in some cases completely erase — capital gains taxes. Additionally, you may acquire additional units of the same cryptocurrency asset and seek to profit from a rapid rebound without having to wait 30 days, which is an eternity in cryptocurrency time.

If you intend to take advantage of the wash sale restrictions, be cautious not to repurchase too soon after the offer. If the IRS believes the sale was not valid, they may still refuse you the tax credit.

Difference between Stocks and Stock Tokens?

In an equity investment transaction, shares of stock in a company are purchased by an investor who wants to be a part of that company. Purchasing shares of a company gives the owner certain rights with regards to the money flow and profit made from the business's operations. The most significant right given to equity investors is the right to profits if any, or losses incurred by the business.

A stock token is simply another type of digital asset whose sole purpose is to grant you ownership in a specific company (or multiple companies).

Will Bitcoin Crash Again or Rise in 2021?

Numerous cryptocurrency industry analysts have predicted that bitcoin will reach $100,000 or more by the end of 2021.

However, it has already lost around 80% of its value on many occasions. Due to this volatility, investors are unable to predict where the market will go from here.

Whatever your position, there is no disputing that these "boom and bust" cycles have been a constant aspect of bitcoin's history, suggesting that some significant ups and downs are quite likely. In a nutshell, it's going to be a crazy trip.

The magnitude of price declines has been less dramatic over time.

The magnitude of the shocks appears to be decreasing. Having said that, bitcoin remains a highly volatile asset that acts similarly to a speculative growth stock.

Is Bitcoin still a good investment?

The majority of ordinary investors would never consider trading pure currencies such as the US dollar or the Japanese yen. This is because currency trading is viewed as a high-skilled, full-time endeavor.

Rather than that, anyone interested in the industry may approach it via a less direct path. For instance, by purchasing stock in firms developing blockchain technology or operating tax.

What is the Way Forward for Crypto?

Regardless of future regulatory action in China or elsewhere, the crypto market has steadied for the time being in a very benign regulatory environment, with the majority of expected government action priced in.