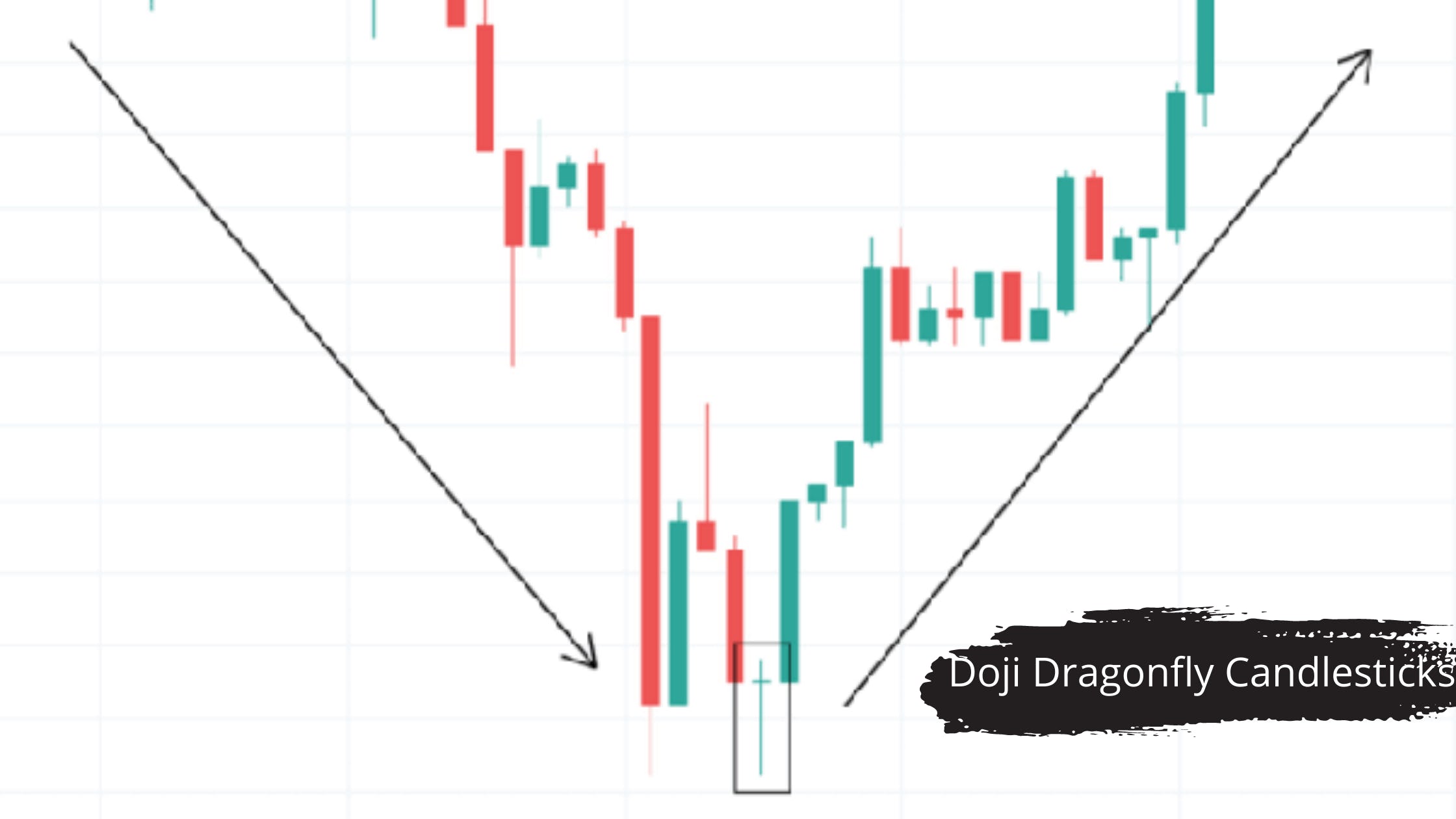 Among the chart patterns used in the financial market, candlesticks are the most common. They provide more information about the open, high, low, and close prices of an asset as opposed to line charts and bar charts. In professional trading, candlestick patterns are used to predict whether a price will move in one direction or the other.

Doji candlesticks are the patterns that come in several forms, such as the evening star and morning star, hammer, gravestone Doji, etc.

Here we will explore an uncommon type of Doji pattern: the Doji Dragonfly.

What Is a Doji Dragonfly Pattern?

It is a signal that bearish trends have been strong. As a result, the price has moved back up to remain near the opening price due to a support level and reversal buying trend. 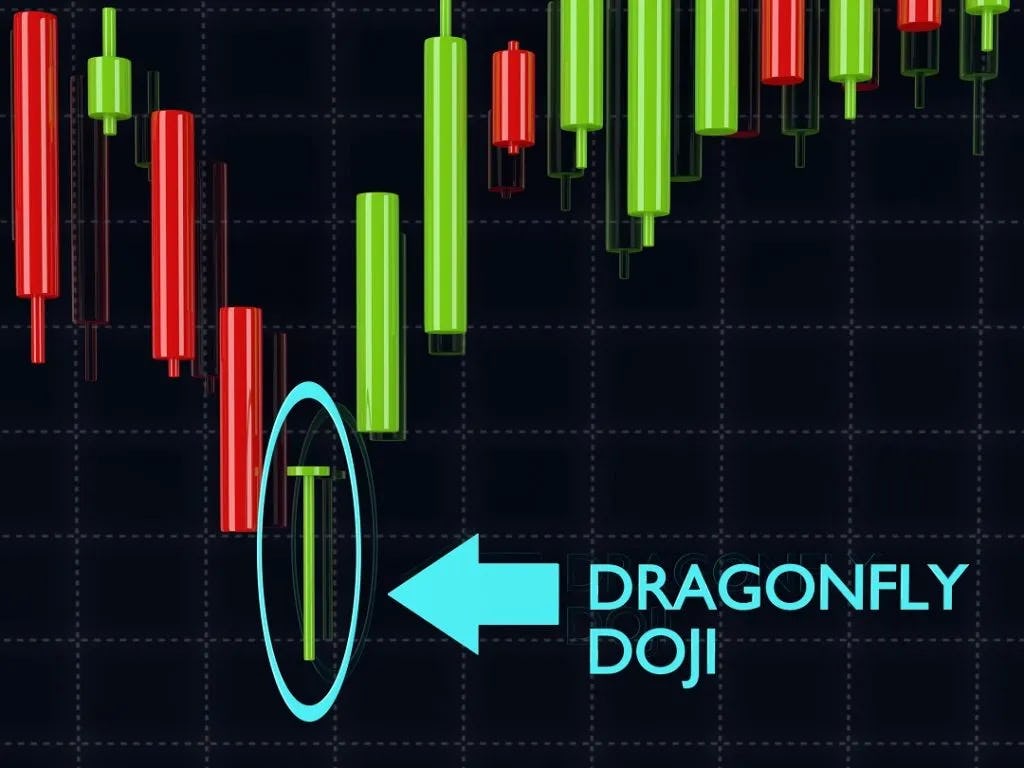 How Is the Doji Dragonfly Pattern Formed?

How to Identify a Doji Dragonfly Pattern?

Dragonfly Dojis can be easily identified by their unique "T" shape in a candlestick chart.

This shape reflects the fact that the trading day began in a downtrend. A reverse is then made in time for the price to close near the opening.

Dragonfly Dojis can be spotted by: 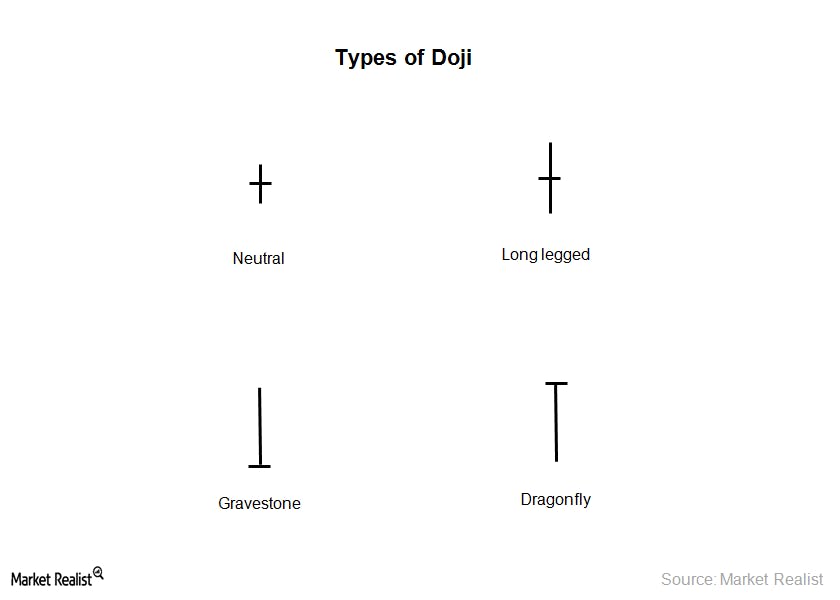 What Does the Doji Dragonfly Pattern Tell Traders?

The Doji Dragonfly Pattern represents neutrality or indecision since neither buyers nor sellers can benefit from it. However, the Doji pattern indicates an important reversal in prices. It signals to traders that the trend of the prices may change. On many occasions, this may not be accurate. It is because a Dragonfly Doji indicates a potential reversal only when a downward trend precedes it. On the other hand, the long lower shadow of the Doji indicates that for at least part of that period, sellers were in a position to control the market. Thus, the period is marked by an increase in selling pressure, a warning sign for traders.

How to Trade When You See the Dragonfly Doji?

When traders see the Dragonfly Doji pattern, there are several ways to trade. Due to its rarity on the charts, a Dragonfly pattern is extremely difficult to trade. Here are some essentials to watch:

The Doji Dragonfly pattern is rare, so it is unreliable. However, Dragonfly Dojis can be used for trading decisions. As a day trader, you should consider the dragonfly as an important reversal pattern. But before using the Dragonfly Doji candlestick within a trading system, make sure you backtest it properly.