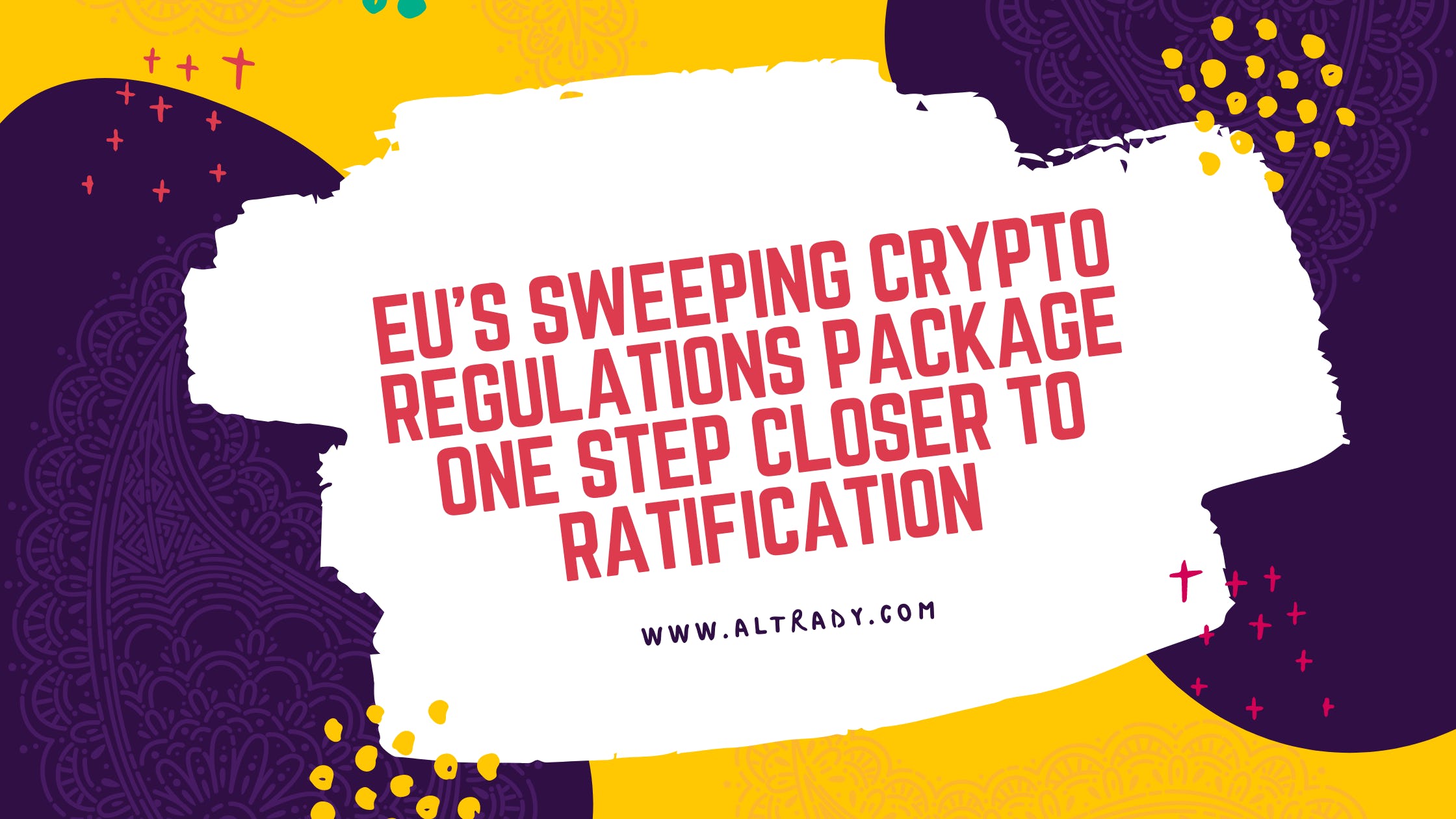 The European Union's (EU) landmark regulatory framework for governing crypto assets has passed another threshold on its way to ratification.

On Monday, the EU parliament's Economic and Monetary Affairs Committee voted 31-4 in favor of a new draft of the Markets in Crypto Assets (MiCA) framework, with 23 abstentions. The framework broadly captures the issuance and trading of cryptocurrencies, and promises to make it easier for crypto firms to expand throughout the EU's 27 member states by facilitating a "passportable" license that would be valid between countries.

The committee earlier voted to remove a provision that sought to limit the use of cryptocurrencies that rely on the energy-intensive consensus mechanism known as proof-of-work. The rule could have, in effect, banned the popular cryptocurrency bitcoin (BTC) across the EU.

Instead, the committee voted in favor of an alternative provision that would require the European Commission, which is the body in charge of proposing new legislation, to come up with a "a legislative proposal to include in the EU taxonomy (a classification system) for sustainable activities any crypto-asset mining activities that contribute substantially to climate change, by 1 January 2025."

This provision was adopted with the goal of reducing the "high carbon footprint" of cryptocurrencies. Proof-of-work has come under heavy criticism from regulators and politicians around the world over energy concerns. Some EU leaders are concerned that renewable energy may be channeled into sustaining cryptocurrencies like bitcoin instead of national use.

European parliament members "stress that other industries (e.g., the video games and entertainment industry, as well as data centers) also consume energy resources that are not climate-friendly. They call for the Commission to work on legislation addressing these issues across different sectors," the statement said.

The MiCA draft will now move on to further negotiations with EU governing bodies.