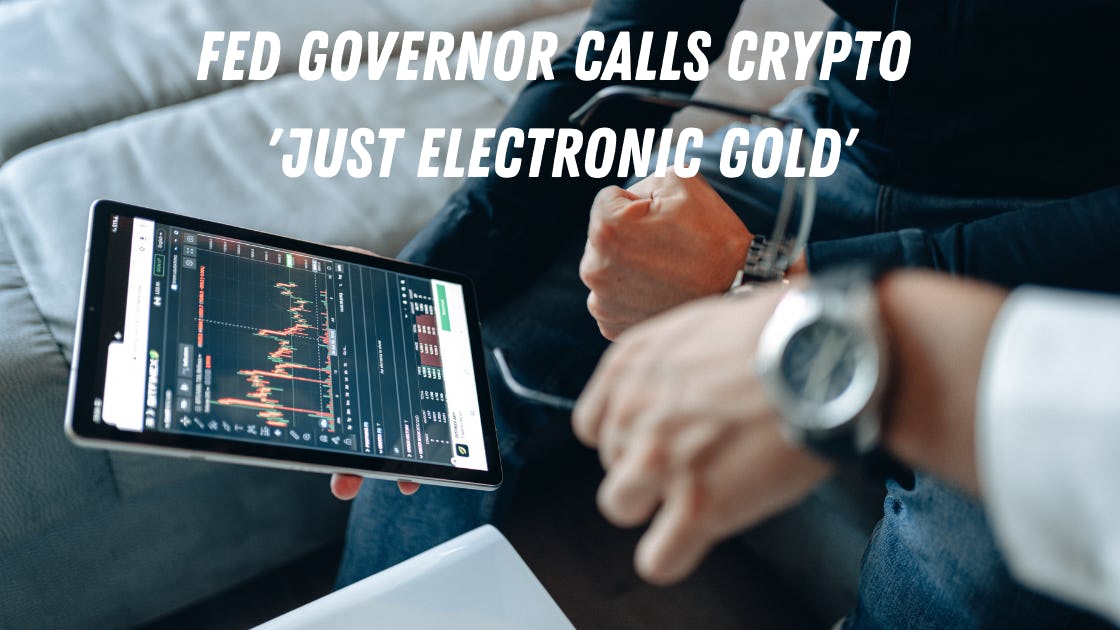 Federal Reserve Governor Christopher Waller on Friday played down the functionality of cryptocurrencies while again expressing his skepticism about adopting a central bank digital currency when consumers already have access to fast payment systems.

“These things aren’t payment instruments at all,” Waller said of cryptocurrencies during a virtual panel on central bank digital currencies. “My view is these things are just electronic gold. They're forms of storage carrying wealth across time. Look at art, look at baseball cards. Look at all of this stuff that's intrinsically useless that people pay a lot of money and hold on to because they think they can sell it later and get their money back.”

“I think Blockchain is totally overrated,” he said. “The question is is it the most efficient way to do stuff? We know distributed ledger blockchain is one way of doing transactions and record keeping, but it’s not efficient.”

His comments on blockchain and crypto overall came amidst a panel discussion on the validity of central bank digital currencies (CBDC) and their impact on the global financial system. Waller reiterated his skepticism of adopting a CBDC, noting that consumers already have access to faster payments without one.

He questioned whether the Fed should change its 100-year old position of staying in the background of the payment system and take a more forward role in processing payments for consumers and businesses, sidestepping banks. He likened research papers on CBDCs to infomercials, questioning why the U.S. would need a CBDC.

“I’m trying to focus on why do we really need it as opposed to look at all the bells and whistles that come along with it,” said Waller. “I haven't been convinced about yet. It's not saying that I can't be, but I haven't seen that on retail CBDC.”

While the U.S. mulls over the pros and cons of adopting a CBDC, other central banks around the world are also toying with the idea and some are already testing them. Many have called the race to adopt a CBDC the "digital currency space race" where those that fall behind may see their currencies threatened. But Waller says he doesn’t think other central bank digital currencies, notably China’s, presents a risk to the U.S. dollar.

“What has the [People's Bank of China] done,” Waller said. “They've allowed Chinese households to have a bank account with the PBOC so they can pay their electric bill… I don't see how having payment accounts at a central bank threatens the dollar in any way, shape, or form.”

On the flip side, Waller said he could see how retail direct access to a U.S. CBDC at the Fed could threaten currencies in other countries if foreigners are permitted to have accounts at the Fed.

“There'll be such a rush of demand for these accounts that other governments and other central banks would have a problem,” he said.

Waller’s comments come after Fed Chair Jay Powell spoke earlier this week on a CBDC. The Fed hasn’t made a decision on whether to pursue a CBDC yet, Powell said, though it’s collaborating with other central banks on CBDCs, addressing frictions in international payments, and finding consensus on some principles. Powell on Wednesday said digital innovation in the financial sector is here to stay and with it, new regulations will need to be created.