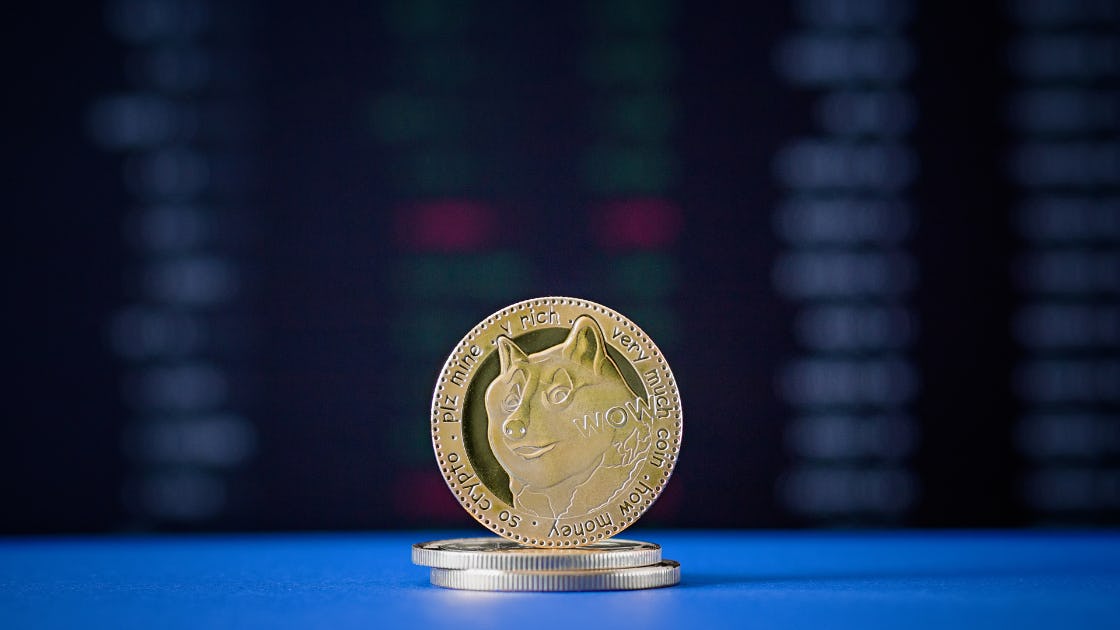 Here's How Much Dogecoin Now Held by Robinhood: Details

Altrady Blog/News/Here's How Much Dogecoin Now Held by Robinhood: Details

Here's How Much Dogecoin Now Held by Robinhood: Details

According to Twitter account @DogeWhaleAlert, the current total combined amount of Dogecoin held by stock brokerage app Robinhood on behalf of its investors is 40,508,384,607 DOGE, or $2,518,365,763, which represents 29.7% of the circulating supply.

As reported by U.Today, the Dogecoin team debunked the myth that a whale or "private investor" held nearly 30% of the Dogecoin supply. It states that many of the top Dogecoin wallets are cold wallets or hot wallets controlled by exchanges and brokers, and they thus represent Dogecoin held in custody for thousands of people.

A recurrent notion that has persisted in Dogecoin development over the past two years is that proof of stake may eventually replace proof of work. This was noted in a recent blog post by Dogecoin Core Developer chromatic x. He makes it clear that there are presently no firm intentions or suggestions to depart from the proof-of-work implementation used by Dogecoin.

Dogecoin community-focused Twitter account Mishaboar reports an update on Dogecoin Core development provided by Patrick Lodder. He indicates that 1.14.7 might be released this year, including new features, and 1.21, on which Doge's future might be built, could come out in March 2023.