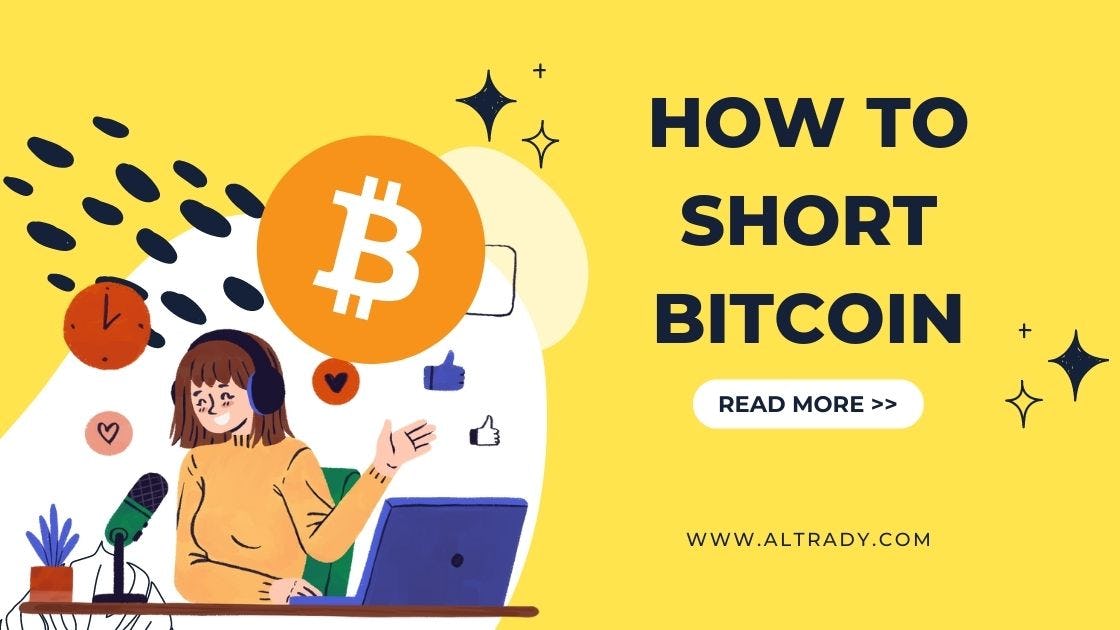 How to short Bitcoin and what are the risks involved

How to short bitcoin and the risks associated with it

Bitcoin is on everyone's lips these days and with good reason. The number of venues where you can short Bitcoin has multiplied as its increasing presence in mainstream finance draws attention to this volatile cryptocurrency from all around the world - but what does it mean? First, two big things need clarification: What do I actually "short" BTC by doing so-and how will my trades affect price movements, if any?). Secondarily, however, those who believe bitcoin may crash at some point should consider going ahead because they might also make money off buyers hoping for an event horizon before then. In this article will explain how to short bitcoin and the risks associated with it.

How to short Bitcoin?

Shorting Bitcoin may seem daunting, but it's pretty simple. This step-by-step guide will walk you through the process and ensure that your BTC short goes smoothly!

What is Bitcoin and why do people want to short it?

Bitcoin, it's probably one of the most relevant creations in the last 20 years for the financial markets. It was invented by Satoshi Nakamoto and is a digital asset and a payment system. Transactions are verified by network nodes through cryptography and recorded in a public dispersed ledger called a blockchain. Bitcoin it's limited to 21 million coins in the market.

What are some of the strategies people use to short Bitcoin?

The number of ways on how to short Bitcoin has multiplied with the cryptocurrency's increasing spotlight in mainstream finance. Here are some directions for getting started on this exciting journey!

The easiest way to short Bitcoin is through a margin trading platform and many exchanges and brokerages allow this type of value-added service, with traders able to "borrow" money from their brokers to make trades that can be very profitable if done correctly but also result in considerable losses when mishandled.

Bitcoin has a futures market just like other assets. In this type of trade, buyers agree to purchase securities with contracts that specify when and at what price they will be sold in order for them not to have too much risk if prices go down while still being able to reap significant benefits from any rise over time as well! You can also hedge your bets by going long on certain types or sizes depending upon how confident you feel about future movements in cryptocurrency values--that way, it's possible neither side gets entirely dominated.

Put and call options to enable traders to short Bitcoin. If you wish, say, for instance, that the price of bitcoin falls later on - an option is available that enables one who has purchased puts (or "puts") from another party with agreed-upon parameters such as time or date palms themselves over them by executing trades when they become convinced there will be no recovery in value before expiration day; this means if someone buys one month at $100 USD then sells themself a week later @ 90%, their loss would only exceed 10%. Put+call

Those who have a death wish for Bitcoin might consider this strategy. Sell off your tokens at just under what you think is fair value, wait until the price drops, and then repurchase them when they're cheaper than before--if all goes according to plan! But let's say things don't go exactly as planned, in which case...you could end up losing either way (in more ways than one).

Instead of investing in Bitcoin itself, you can purchase an exchange-traded product (ETP) that will allow your funds to decline along with the value if Bitcoins. The two most popular ones are BetaPro's ETF for bitcoin called "Bitcoin Inverse" and 21 Shares' Short Bitcoin ETP which both offer positive returns when prices go down but they're not available stateside due

What are the risks involved in shorting bitcoin?

The two main risks to shorting Bitcoin are price risk and regulatory framework absence. Price volatility in the underlying asset can make it difficult to predict its movement accurately. At the same time, a lack of standardization across countries also leaves investors with fewer recourse options if something goes wrong during their trade.

So, if you're looking to know how to short Bitcoin, what are your options? You can use derivatives such as options or futures, which give you short exposure. You can also borrow money against your holdings on certain crypto exchanges to sell even more bitcoins than you own. However, selling short is always risky and can be hazardous in unregulated crypto markets. Remember that when prices go down, they can often go down much further than they went up. So before you, short Bitcoin or any other cryptocurrency, make sure you understand the risks involved and be prepared for a potential price collapse.