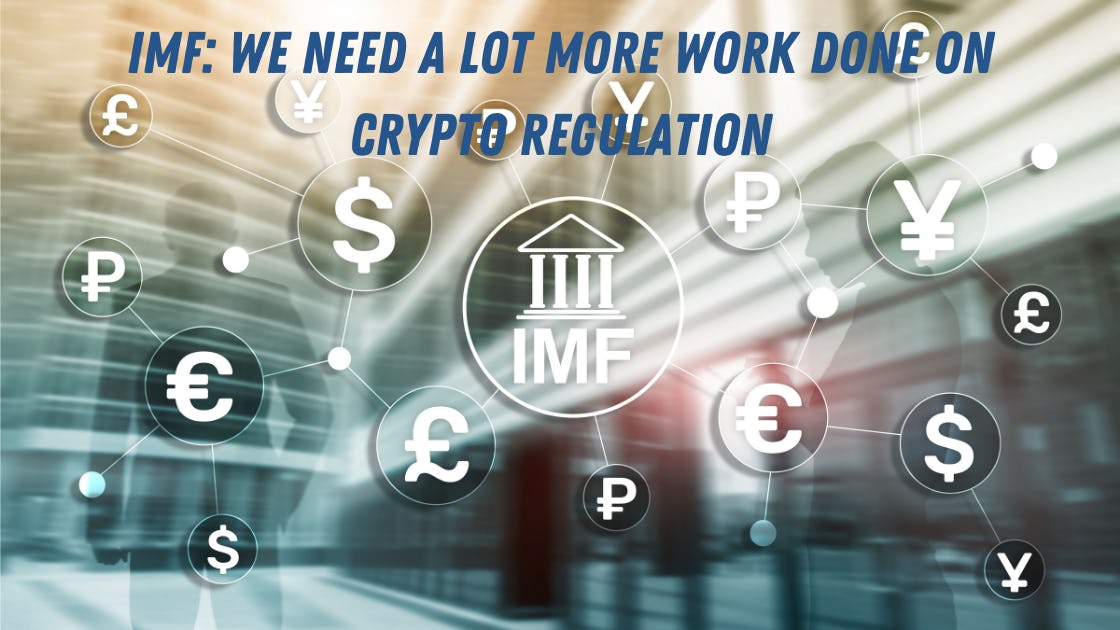 The International Monetary Fund (IMF) says a lot more work needs to be done on crypto regulation. “We’ve certainly seen an increase in the use of cryptocurrencies before this war, and we’ve seen it happen more in emerging markets than in others,” said the deputy managing director of the IMF.

Time has passed to have regulatory frameworks that are as much as possible harmonized around the world.

“And I do hope that what we now see that there may be more attention to this topic translate into appropriate policy action,” Georgieva added.

As for stablecoins that are “backed by assets,” the IMF chief said, “if they’re properly regulated, they can play a very positive role.”

Georgieva further noted that a key role for the IMF is “to build tunnels that connect these different CBDCs to make that fragmentation less damaging for the world economy or even minimize it.”

Gopinath, an Indian-American economist, has served as the IMF’s first deputy managing director since Jan. 21 this year. She was the IMF’s chief economist between 2019 and 2022.

Commenting on crypto adoption, she said:

We’ve certainly seen an increase in the use of cryptocurrencies before this war, and we’ve seen it happen more in emerging markets than in others.

Gopinath added: “I think parts of the world where there’s less financial inclusion, where people have less access to more regular forms of credit, cryptocurrency and other related forms of digital currencies can start playing a very important role.”

Regarding how much more crypto is being used due to the Russia-Ukraine war, the IMF deputy managing director admitted: “We don’t really have a clear picture at this time of how much of this particular war has triggered an increase in the use of cryptocurrencies, it’s not an easy picture to put together.” However, she noted: “But we are tracking this very closely, and I think in terms of the implications for the global economic order, I think that it’s fair to say that the recent events will accelerate consideration of central bank digital currencies more widely around the world.”

Gopinath continued, “We need to be particularly careful of the regulation that’s needed to ensure that the new forms of digital money don’t lead to evasion of capital risk flow restrictions, especially for emerging and developing economy,” concluding:

I think we need to have a lot more work done on the regulatory front on crypto and digital money.