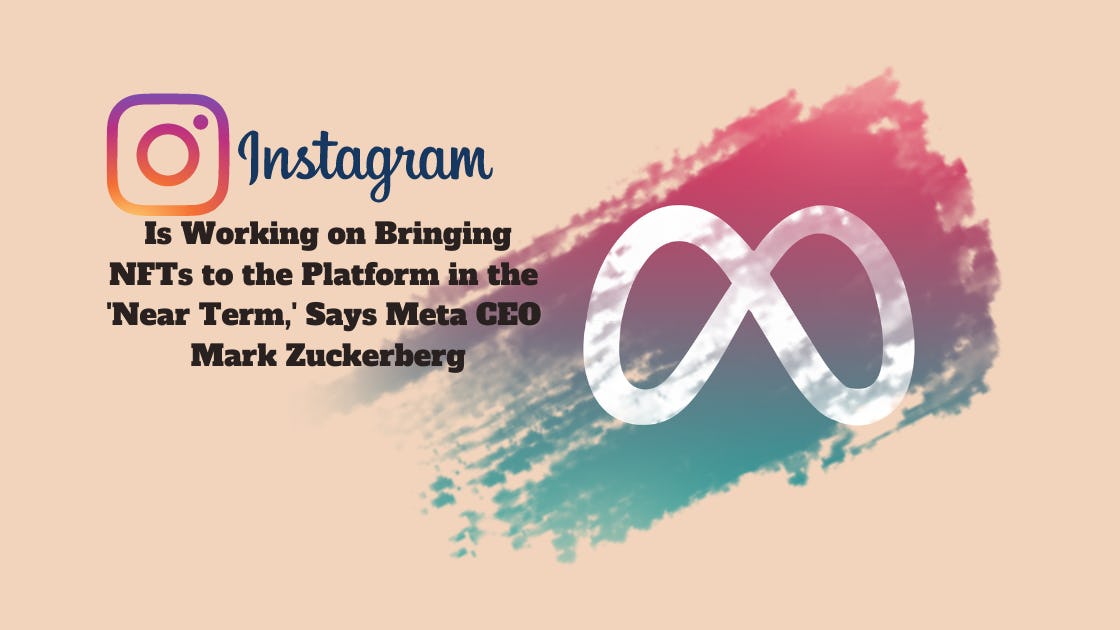 Instagram Is Working on Bringing NFTs to the Platform in the 'Near Term,' Says Meta CEO Mark Zuckerberg

Altrady Blog/News/Instagram Is Working on Bringing NFTs to the Platform in the 'Near Term,' Says Meta CEO Mark Zuckerberg

Instagram Is Working on Bringing NFTs to the Platform in the 'Near Term,' Says Meta CEO Mark Zuckerberg

It seems NFTs are coming to Instagram soon, according to statements from Meta’s CEO Mark Zuckerberg at SXSW this week. Zuckerberg spoke with Shark Tank’s Daymond John at the event, and he explained that Instagram users will be able to mint NFTs as well.

News concerning Instagram’s venture into the NFT world originally stemmed from the company’s CEO ,Adam Mosseri, during an AMA. Furthermore, the news publication the Financial Times (FT) spoke with unnamed sources familiar with the matter at the end of January 2022.

FT’s report quotes the unnamed sources who said both Meta and Instagram are conversing about “launching a marketplace for users to buy and sell NFTs.” Zuckerberg’s details to the Shark Tank co-star indicate the launch might be sooner than most think. While the Meta CEO did not share many details, he said: “We are working on bringing NFTs to Instagram in the near term.” Zuckerberg added: I’m not ready to announce exactly what that’s going to be today, but, over the next several months, the ability to bring some of your NFTs in, and hopefully over time be able to mint things within that environment.

Zuckerberg has shown interest in blockchain technology and cryptocurrencies in the past and allegedly his pet goat is named “Bitcoin.” Just recently, Meta’s cryptocurrency project Diem was discarded by the firm in order to be sold, and then the Diem intellectual property (IP) was eventually purchased by Silvergate this year.

Facebook also rebranded the social media application’s parent company name to Meta. With help from its subsidiary Oculus and other means, the company intends to bolster the network of 3D virtual worlds called the metaverse.