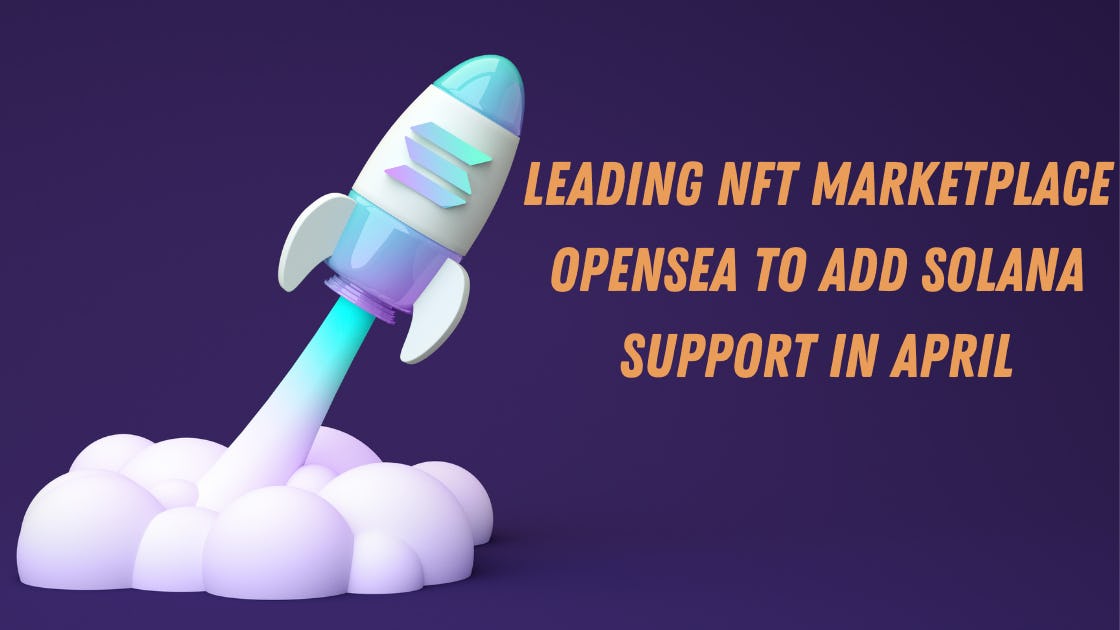 The largest non-fungible token (NFT) marketplace Opensea has plans to add Solana support in April. The news follows an abundance of rumors that said the company would be adding Solana in the near future.

Opensea Confirms Solana Support After a Myriad of Rumors and Speculation

Opensea has confirmed it will be adding Solana (SOL) support in April, according to a teaser video the company tweeted out on March 29. Opensea is the largest NFT marketplace in terms of all-time sales with $23.5 billion sold to date. The $23.5 billion was between 1,417,562 traders and the average NFT sale on Opensea this week is around $930.59 per NFT.

Solana (SOL) is the seventh-largest cryptocurrency (at the time of writing), in terms of market capitalization and the third-largest smart contract platform coin in terms of market valuation. SOL’s value jumped 33.1% during the last week against the U.S. dollar and year-to-date, SOL is up 537%.

Opensea’s Solana support was expected by a number of people and rumors started circulating about Phantom wallet support (a Solana-based wallet) when Solana advocate @bhaleyart tweeted about it in mid-November 2021. More recently, Bitcoin.com News reported on leaked images discovered by the tech blogger Jane Manchun Wong that had shown Solana support via Open sea. It's interesting to see how the nft marketplace changes and solana nft marketplace has a big role in it.