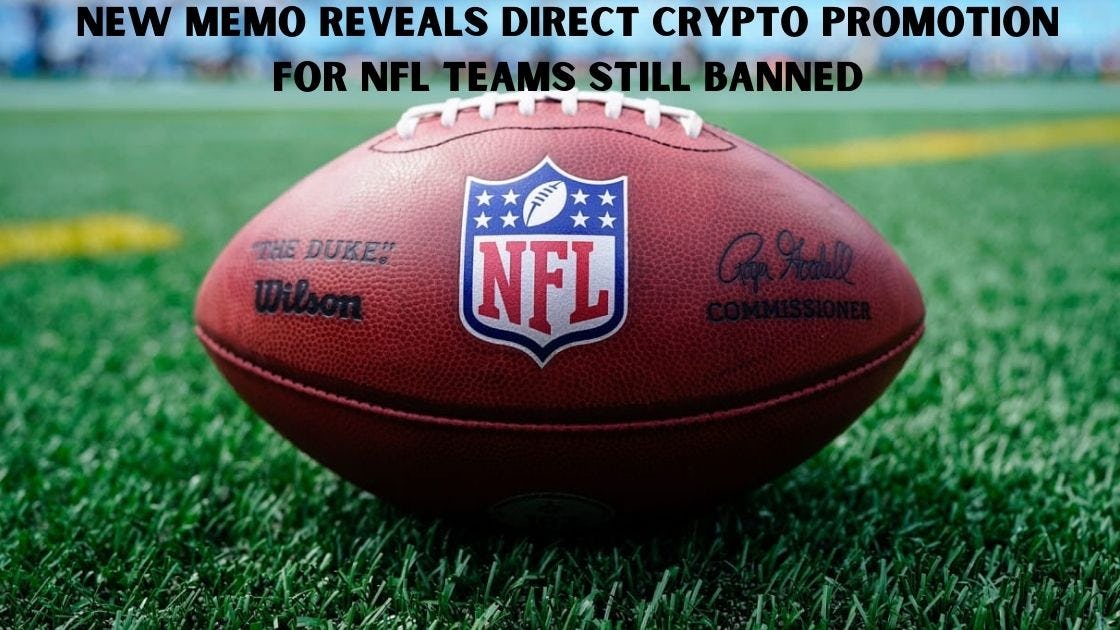 The connection between blockchain technology and cryptocurrencies has been pretty tight of late. Recently, the National Football League granted teams limited permission to seek blockchain sponsorships, a partial reversal from last year.

Amid growing demand from fans and athletes for blockchain-backed projects, NFL has gone back on its words. In a memo issued Tuesday, the league said it has decided to allow ‘promotional relationships without undertaking excessive regulator or brand risk.’

After it completed an evaluation of the technology, NFL gave the necessary permissions. However, they are still subject to the NFL’s approval, excluding stadium signage.

Furthermore, the memo states that restrictions still remain for specific cryptocurrencies and fan tokens. Fans and users can exchange crypto and fan tokens for merchandise and experiences.

Reportedly, the memo is issued by Renie Anderson, NFL’s Chief Revenue Officer, and Brian Rolapp, the league’s Chief Media and Business Officer. The note made it clear that clubs will continue to be prohibited from directly promoting cryptocurrency despite the permissions for sponsorships.

“In this evolving regulatory environment, it remains essential that we proceed carefully when evaluating potential commercial opportunities involving blockchain technologies and conduct appropriate diligence on all potential partners and their business models.”

The seismic shift in demand for NFTs and interest in the Metaverse has pushed celebrities, athletes, and artists into the space. Notably, there has been a considerable rise in sports sponsorships by crypto organizations.