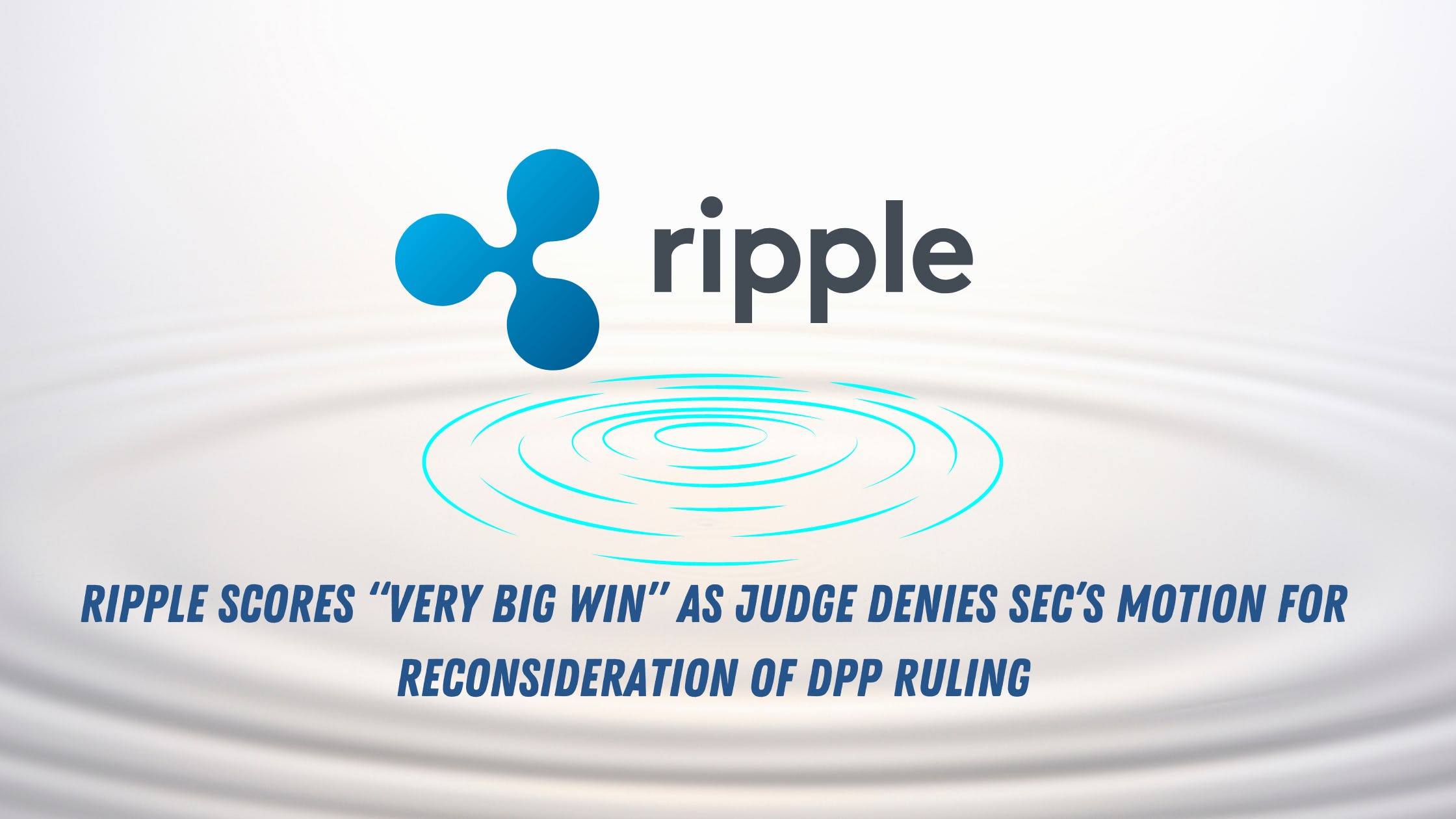 As reported by U.Today, the court ordered the SEC to turn over an email with a draft of the infamous Ethereum speech that was given by former top SEC official William Hinman among other documents. Back in June 2018, Hinman said that Ether, the token underpinning the largest network, wasn’t a security, at a conference in San Francisco.

The SEC argued that these documents were protected by the DPP in order to continue withholding them. The judge, however, opined that the personal views of the agency’s staff were not shielded by the privilege. Moreover, the court defined that the emails were “neither pre-decisional nor deliberative.” Ripple then filed the motion for reconsideration and clarification to challenge that decision.

The SEC cannot reject its own position

In the most recent ruling, the judge says that the SEC seeks to “minimize” the fact that it has distanced itself from the speech.

The SEC’s deliberations concerning cryptocurrency regulations were occurring separately and in parallel to the speech. The judge claims that the plaintiff conflates emails that comprised those parallel deliberations with those emails and edits that merely mention them.

The court has concluded that the Hinman speech was not an agency communication, which is why the deliberations are not protected by the DPP.

At the same time, the court has agreed that clarification will “aid the parties.” The SEC may leave or redact some of its communications from production if they contain “an essential link” to agency deliberations.