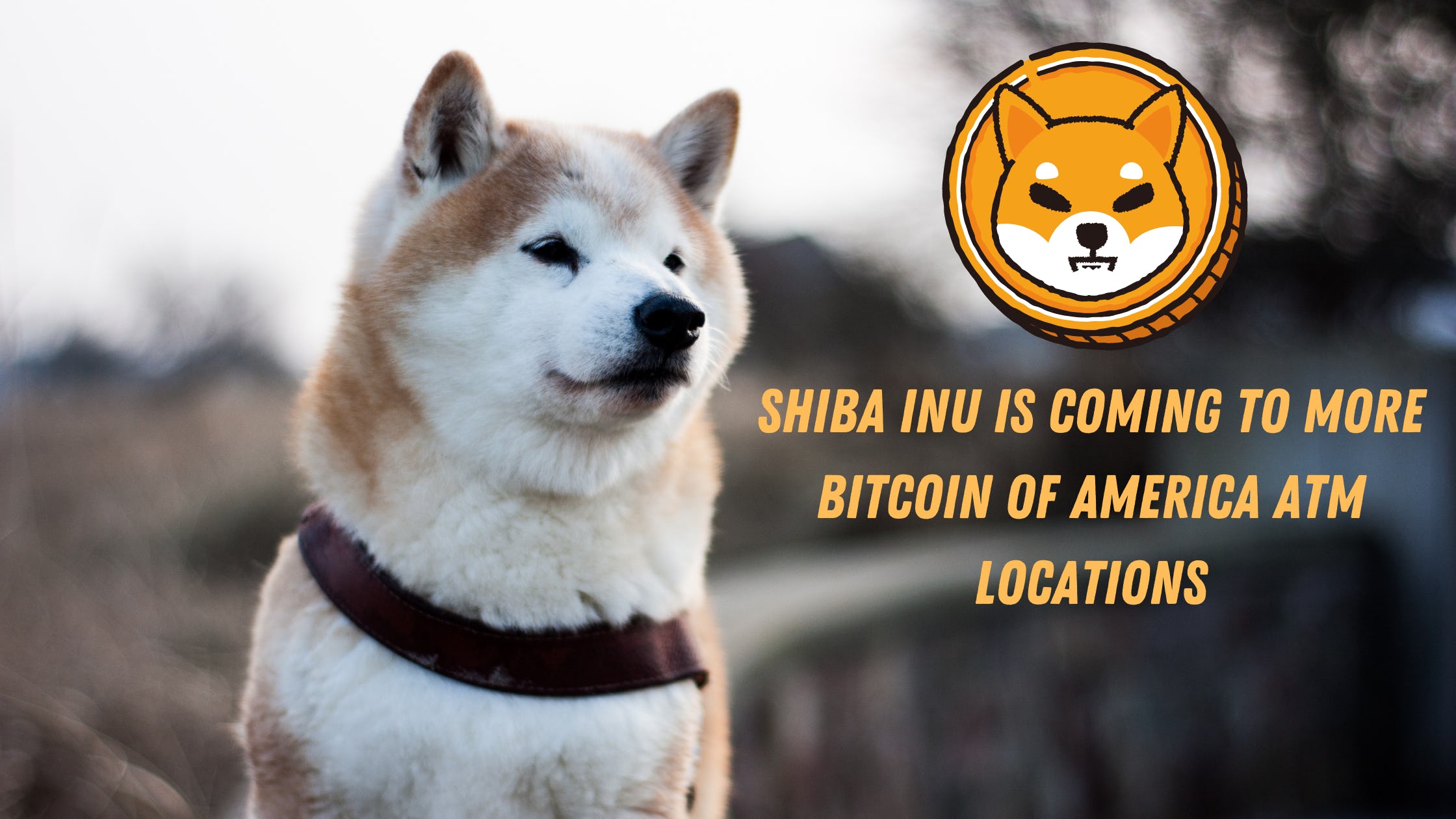 Bitcoin of America, one of the leading cryptocurrency ATM operators, has announced that Shiba Inu will become available at more of its locations in a recent tweet.
As reported by U.Today, the company enabled support for Shiba Inu earlier this month to the great delight of the community. Prior to that, it added rival meme cryptocurrency Dogecoin. Last September, it enabled Ethereum purchases.

The crypto ATM operator hasn’t clarified what specific locations will be added in the near future. In January, Bitcoin of America topped 1,500 Bitcoin ATMs in January. The Chicago-headquartered company now says that it has over 2,000 locations within the U.S. For comparison, it had only 630 ATMs in early 2021.

The company operates in virtually all major cities in 31 U.S. states, and it has plans to further expand its operations. Last May, Bitcoin of America made it possible for its customers to buy cryptocurrencies right after dispensing cash from credit/debit cards with the help of its Universal Kiosk.
In other news, Media-Markt, the largest electronics operator in Europe, recently announced that it would install Kurant’s Bitcoin ATMs at numerous branches throughout Austria.

Cryptocurrency ATMs have witnessed massive growth due to the increasing adoption of digital assets. Due to anonymous transactions, they are often used by criminals to launder ill-gotten funds.
According to data provided by Coin ATM Radar, Yet, their proliferation is almost exclusively limited to the U.S. The U.K., for instance, completely banned crypto ATMs earlier this year to eliminate risks linked to largely anonymous transactions that can be exploited by criminals.