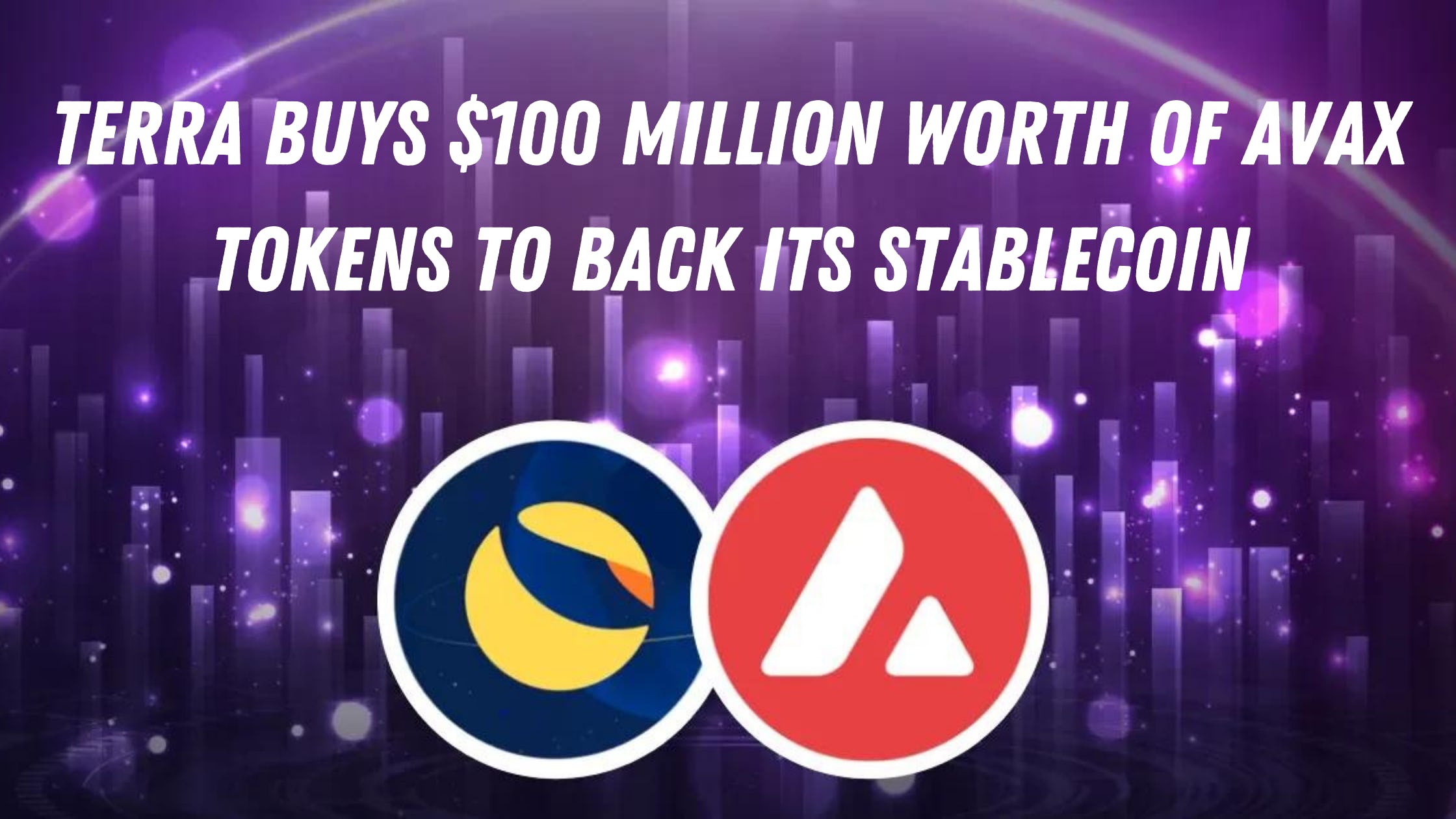 Luna Foundation Guard, a non-profit that supports the Terra blockchain, has moved to diversify its crypto reserves by purchasing $100 million worth of Avalanche (AVAX) tokens,Bloomberg reports.

The move is meant to boost the stability of the native UST stablecoin, whose market cap has now swelled to $16.7 billion, according to CoinMarketCap data.

LUNA, the governance token of the Terra blockchain, has been on a roll since LFG made an announcement about creating a billion-dollar Bitcoin reserve.

n a facetious tweet, Terra co-founder Do Kwon announced that he had purchased another $230 billion worth of Bitcoin before vacuuming the house.

At press time,the Luna-LFG wallet holds $1.56 billion worth of Bitcoin.

Kwon’s most recent Bitcoin purchase failed to push the price of the LUNA token higher. The high-flying shed as much as 8% on Wednesday. It is currently down 12.5% from its all-time high of $119.18, which was recorded just two days ago.