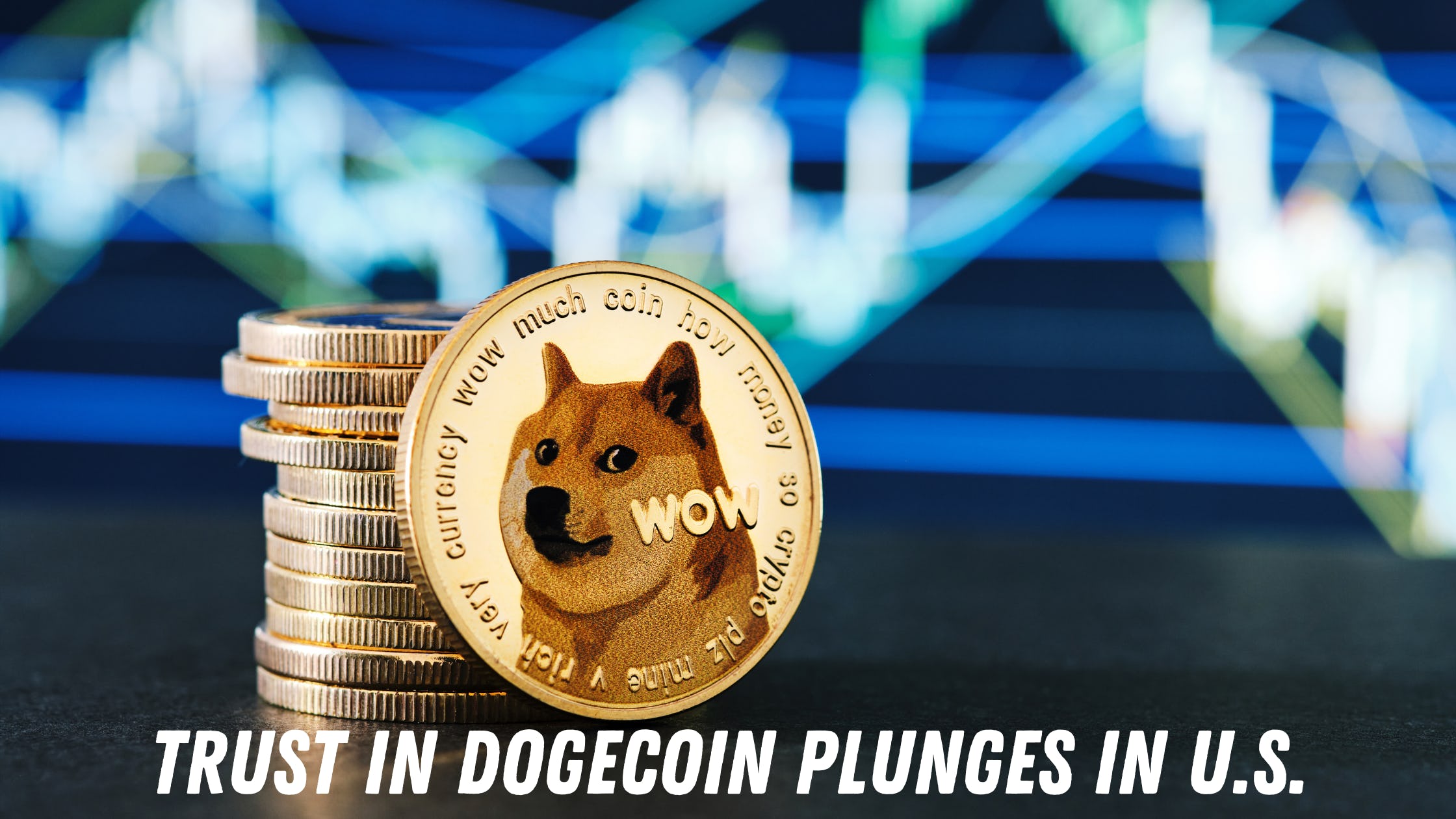 Trust in Dogecoin Plunges in U.S. (but There's Silver Lining)

Trust in Dogecoin Plunges in U.S. (but There's Silver Lining)

According to a recent survey of 4,400 consumers published by global decision intelligence company Morning Consult, trust in Dogecoin, the leading meme cryptocurrency, among the general U.S. public has declined to -44 percentage points in April. This represents an 8% drop from January.
For comparison, trust in Bitcoin is also net negative, but it experienced a smaller drop of only 6%.
Trust in Ethereum plunged by a whopping 14% since January. The substantial drop can be attributed to investors’ growing frustration with the project’s technical constraints. The second-largest cryptocurrency is also facing competition from a whole pack of the so-called “Ethereum killers” such as Solana and Terra.

Despite having very little trust in cryptocurrencies, consumers are still willing to buy them.
Nearly a quarter of all the surveyed respondents are willing to purchase Bitcoin in May. Fourteen percent of the respondents want to buy Dogecoin despite having little confidence in the largest meme coin.
The data shows that there is still a healthy level of speculative fervor in crypto despite plunging cryptocurrency prices.
Bitcoin is currently trading below the $38,000 level on CoinMarketCap. The cryptocurrency has been struggling to regain strength due to the Federal Reserve’s aggressively monetary tightening.
Dogecoin is trading at $0.12 after paring the gains it logged because of cenbillionaire Elon Musk’s Twitter deal. The meme coin is down 82.23% from its record high.