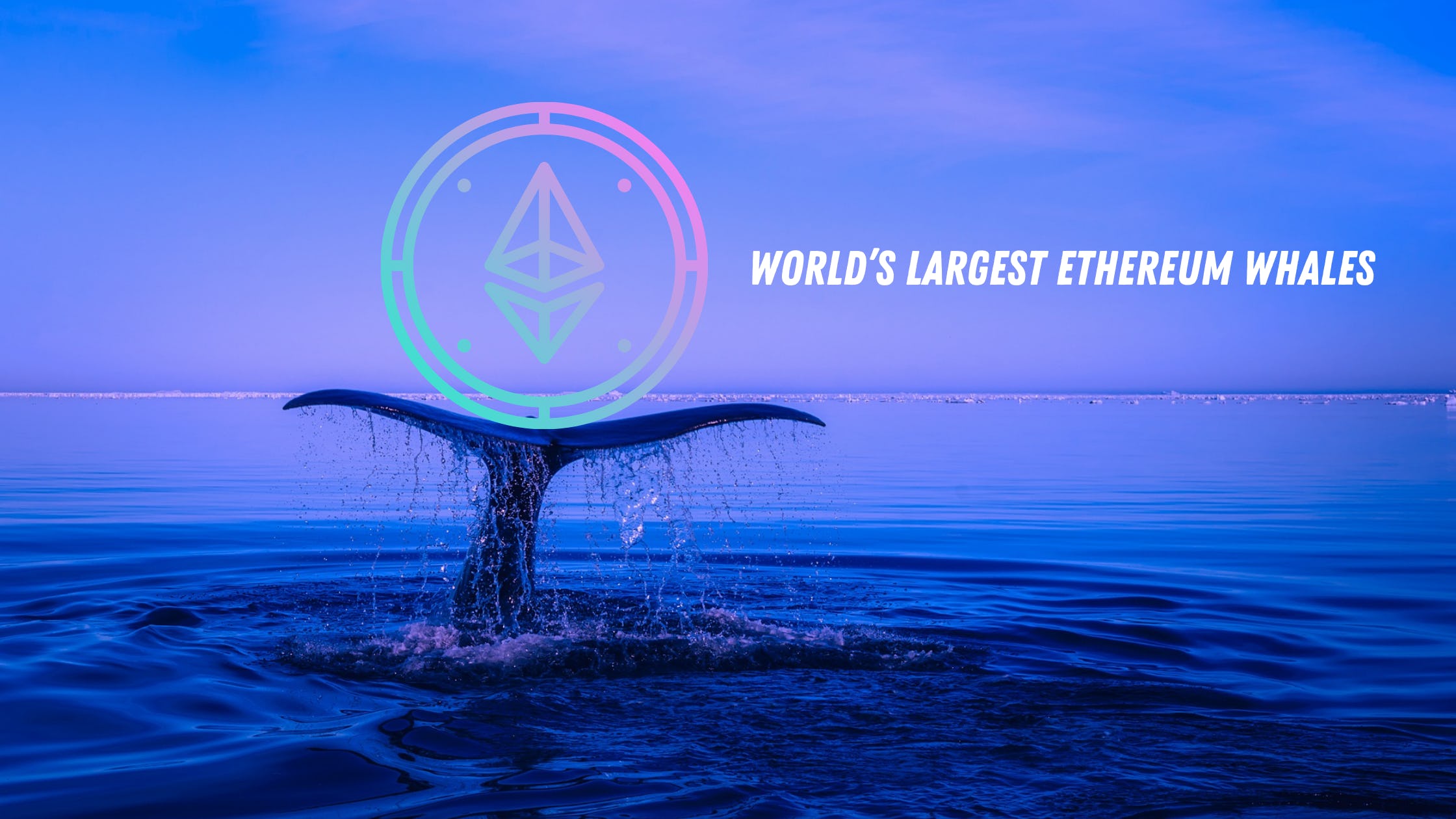 Whale Watching: A Deep Dive Into the Portfolios of the World’s Largest Ethereum Whales

Altrady Blog/News/Whale Watching: A Deep Dive Into the Portfolios of the World’s Largest Ethereum Whales

Whale Watching: A Deep Dive Into the Portfolios of the World’s Largest Ethereum Whales

While there’s a number of bitcoin whales that often get caught by blockchain parsers and written about in media reports, ethereum whales get a lot less attention. According to statistics in 2022, there are a lot more ethereum whales than holders with large sums of bitcoin. In fact, while the top 100 richest bitcoin addresses control 14.08% of the circulating supply, the top 100 richest ethereum addresses hold 39.81% of all the ether today.

Ethereum, the second-largest crypto asset in terms of market capitalization, has an overall USD valuation of around $348 billion. Ethereum’s market cap represents 18.3% of the $1.89 trillion crypto economy’s net value. While the leading crypto asset has been around for close to seven years, 100 addresses command 39.81% of the current ether in circulation. However, after subtracting the Ethereum 2.0 Contract address, which holds 10.06% of the current ether in circulation, 99 wealthy addresses own 29.75%.

From the top five richest ethereum addresses alone, 5.17% of the ETH supply is controlled by the Wrapped Ether contract, 1.78% of the ETH supply is held by the trading platform Kraken, and 1.68% is held by Binance. Many of the 100 richest ethereum addresses are centralized exchange platforms and decentralized finance (defi) protocol reserves. This includes exchanges and protocols such as Bitfinex, Okex, FTX, Polkadot Multi-Sig, Arbitrum’s bridge, and Lido. After the 57th largest ethereum address, the majority of the rest are unknown wallets or simply whales.

Into the Block statistics show addresses that own more than 1% of the circulating supply and addresses that own between 0.1% and 1% of the circulating supply, equate to 41%. Those same metrics applied to bitcoin’s top 100 addresses equate to 10%. From this perspective, the data shows that there are a lot more ether whales than the concentration of large bitcoin holders. Moreover, some of these ethereum whales have been making a name for themselves, as blockchain parsers are starting to monitor their activities more often.

For instance, whalestats.com gives an interesting perspective of the ether whales who not only hold ethereum but also tokens and non-fungible token (NFT) assets. Whalestats.com labels the rich list, and the top five addresses include wallets called “Light,” “Locke,” “Tsunade,” “Bluewhale0072,” and “Bluewhale0073.” The wallet Bluewhale0073 has been making headlines lately for purchasing and selling massive amounts of shiba inu (SHIB). Whalestats monitors whales “who are worth an average of $75,905,160 and hodl an average of 10,236 ETH, 34 tokens, and 1 NFT.”

The address called Light is currently worth over $17.9 billion today and it holds 136 NFTs from 54 collections. While none of the NFTs are extremely valuable, Light’s SHIB stash is worth $786.69 million. Light also holds $218.74 million in CRO and $217.08 million in tether (USDT). The whale’s stash of ethereum is worth $87.57 million as Light holds 30,320 ether. Light also has multi-million-dollar stashes of usd coin (USDC), enjin coin (ENJ), the sandbox (SAND) and, decentraland (MANA).

Bluewhale0072 is the fourth largest ether whale on whalestats.com and the address holds 100 NFTs from 37 different collections. The wallet is currently worth $67.4 million today and $40.67 million of the wallet’s funds are held in tether (USDT). Bluewhale0072 also holds a large portion of wrapped bitcoin (WBTC) and has $4.99 million worth of WBTC today. As mentioned above, Bluewhale0073 has been written about on a few occasions and in recent times. That’s because at certain times, Bluewhale0073 purchases vast quantities of shiba inu (SHIB).

While we don’t know who all the ethereum whales are, they are caught regularly by blockchain analysis and they can be tracked. Crypto whales have always been an enigma and they are called whales because they are massive compared to the rest of the smaller fish in the digital currency industry. Much like the whales in the ocean, crypto whales can cause major volatile waves within the crypto economy.