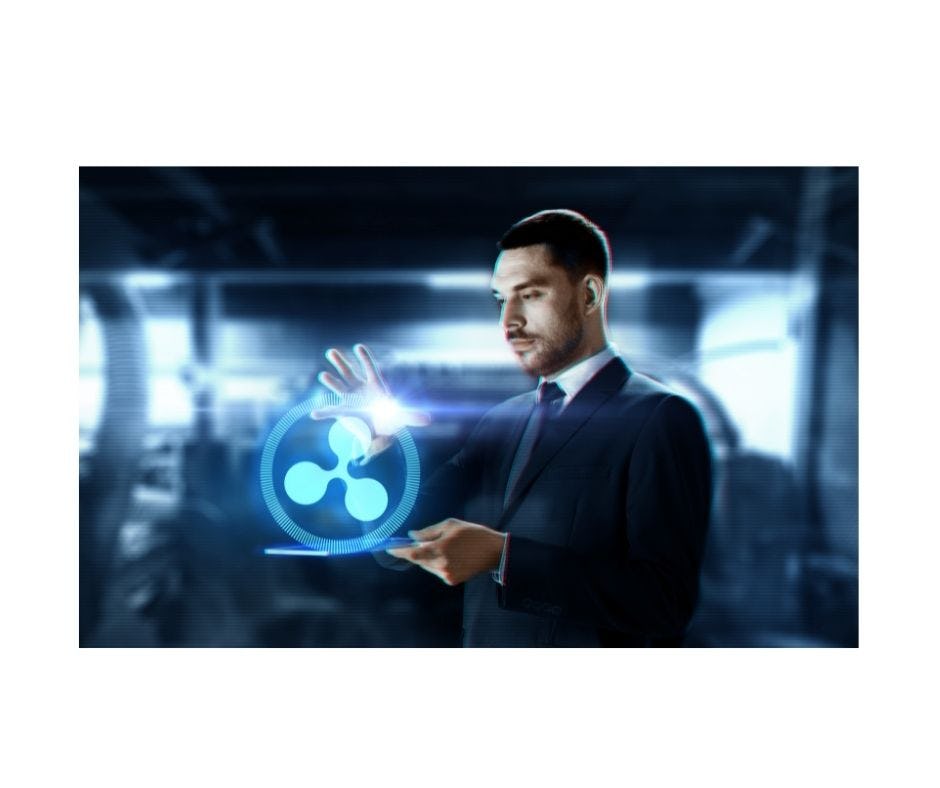 Simply put, competition is characterized by the buyers and sellers of a product or service. Having buyers and sellers make a market on either side of a tradeable asset is a critical feature of liquidity in the sense of modern finance and trading platforms. The opportunity to short assets, or simply borrow an asset in order to sell and repurchase it at a cheaper price later, is regarded as a critical tool in the price finding process. As the cryptocurrency market matures and gains wider acceptance, this function has been applied to select exchanges, enhancing competition in an immature market that often suffers from the abrupt withdrawal of bids and offers.

However, just because the exponential growth of cryptocurrencies makes those short positions exceptionally juicy does not mean that shorting these instruments is risk-free. Ripple is one particular currency that has lately found itself squarely in the crosshairs of investors.

Initially envisioned as a viable method for financial firms to execute cross-border trades at significantly reduced prices, Ripple is at the epicenter of an alt-coin boom that has accelerated as investors diversify their portfolios. Despite its enticing degree of practicality and versatility, Ripple's appeal is not guaranteed to remain rising indefinitely.

If more exchanges introduce more cryptocurrencies to their portfolios of tradeable assets and cross-currency pairs, the ability to short what many consider to be a bubble or mania has grown in popularity. In the case of Ripple, there are many compelling reasons to take a more bearish view on XRP, most notably its use as a consolidated infrastructure solution.

One factor Ripple is unique in comparison to other coins is that XRP is not mined like other cryptocurrencies, and not all XRP has been minted. Indeed, 55 billion XRP were initially locked in smart contracts, with 1 billion issued monthly on the first day. From a supply and demand standpoint, increasing supply could potentially result in lower costs, thus bolstering short theses.

How to Short Ripple?

This is accomplished by borrowing XRP tokens to sell upfront with a margin trading account. Subsequently, if the price of XRP declines as expected, you will sell the tokens at a profit.

Not all cryptocurrency exchanges support margin trading with Ripple. Those that do sometimes permit only 2X leverage lending, in which 10 XRP in crypto assets are pledged as leverage, allowing you to invest only 10 XRP to short sell.

By pledging 10 XRP in crypto assets (e.g. USDT) in the 3X margin mode, you can borrow 20 XRP to short sell.

By pledging 10 XRP in crypto resources, you can borrow 40 XRP to short sell.

Prior to borrowing XRP, you must first move cryptocurrency funds to your Margin Wallet for use as leverage. USDT (a common stablecoin pegged to the US dollar) will be used as collateral in the following cases.

The amount of collateral required varies according to the quantity of XRP you want to short sell and the margin mode selected.

It is critical to note that when you trade on margin, you are actually borrowing money and will be expected to repay the loan with interest. On an hourly basis, interest is accrued on the loans. Interest rates differ according to the type of commodity being lent.

To be more precise, since you are shorting XRP, you are effectively investing it, and the interest due would also be in XRP.

If the price of XRP increases above a certain threshold after you've opened a short account, you may get a Margin Call notice from your exchange warning you that your crypto asset is at risk of being liquidated.

And if the price of XRP starts to rise, the exchange will be forced to liquidate your crypto holdings.

Despite the addition of new supply, the primary justification to avoid shorting XRP is the deflationary existence of a finite commodity whose volume is steadily diminishing over time.

A distinguishing feature of Ripple over other coins is that each time XRP is used to conduct a transaction, a limited part of each coin is lost or "burned." This assumes that, considering the capped incoming supply, the overall volume of XRP in circulation is destined to decline over time, with specific dates depending on how often Ripple is used to transact.

"The future of Ripple Labs as a business seems to be quite promising, but the XRP tokens that people are now trading are quite different," says Mati Greenspan of eToro, a social investment network that funds XRP investments.

"Some people regard XRP as if it were an equity interest in Ripple Labs, which is completely false. The XRP tokens were developed to facilitate payments on Ripple's primary blockchain."

Perhaps understanding the complexities of the Ripple affairs would help us understand why most consider shorting Ripple as a worthy strategy. So let's distinguish the various components that have come to be generally referred to as 'Ripple'.

Overview of the Ripple Situation

XRP has been under tremendous pressure over the last few days and weeks, with a new SEC case and an onslaught of exchange delistings wreaking havoc on its pricing activity.

The cryptocurrency is now attempting to regain traction, with bulls joining in and propelling the token higher overnight as a result of a break over a critical technical pattern.

Where the token patterns go in the medium term would inevitably rely heavily on bulls' ability to maintain their momentum.

With its fundamentals deteriorating daily, there is a high likelihood that XRP's price will continue to fall in the coming weeks.

Drying volume, restricted access for US citizens, and speculation about its future all might jeopardize its prospects.

How to invest in Ripple?

This strategy is focused on buying Ripple tokens and keeping them for an extended period of time in the expectation that market discovery will trend upward.

This strategy can appeal more to digital asset fans, but anyone from retail investors to institutional investors may benefit from using it in their portfolios.

Day traders are often more concerned with events that affect the economy in the near term, such as economic indicators, company earnings, and interest rates. High-frequency trading is another form of day trading that has grown in popularity over the last few years.

Effectively, shorting Ripple entails betting against the cryptocurrency, assuming that it would lose value in the short to medium term. Often known as short selling, this phenomenon has been a part of the conventional finance system for several years but is now available in the cryptocurrency room.

By shorting crypto, you are effectively expressing your doubt about its market status, implying that it is either overvalued or that any aspect would have a detrimental effect on its price. Numerous influential industrial investors have used short selling, which can often result in huge profits when industry movements are accurately forecasted.

Using a Trading Bot for trading

Trading bots have exploded in popularity in recent years, owing to the complexity of algorithms and robotic traders. Crypto trading bots advertise the ability to generate substantial income with the use of artificial intelligence and machine learning techniques. Numerous websites, such as Altrady, provide automatic trading to help you manage your trading operation more efficiently.

What exactly is Ripple?

Simply put, Ripple is the organization responsible for developing the Ripple Consensus Ledger. Ripple thus serves as both a medium and a currency. Ripple engineers leverage an open-source protocol to offer a slew of advantages to consumers. Among these advantages are transactions that are safe, fast, and inexpensive.

However, unlike Bitcoin, Ripple is not intended to act solely as a medium of exchange. Whereas Bitcoin was created to bypass the conventional banking system, Ripple was created to address a completely different consumer niche. The platform was created to serve as a link between conventional financial institutions and the emerging blockchain industry.

Ripple Labs is the company that created the Ripple payment protocol. Notably, this San Francisco-based company was formally established in 2012. Ripple Labs first entered the industry under the moniker Opencoin. However, the company changed its name to the present one in 2015.

RippleNet is a network of banks, financial firms, and industry experts that comprise the Ripple business ecosystem. Ripple has worked diligently to protect this large network of business experts since its inception. These businesses have access to Ripple's cutting-edge blockchain technology.

Banks benefit from a frictionless experience when they send funds globally in seconds through the network. Today, the RippleNet is comprised by some of the industry's most renowned organizations.

What exactly is XRP?

XRP is a cryptocurrency that Ripple Labs issues as a component of its network. You may purchase XRP as an investment, a coin to trade for other coins or a means of financing Ripple network transactions.

"From the start, XRP was intended to effectively replace SWIFT [a leading money transfer network] or to act as a settlement layer for major financial institutions," says Pat White, CEO of Bitwave.

Notably, XRP's blockchain functions somewhat differently from that of the majority of other cryptocurrencies. Other cryptocurrencies make their transaction ledgers and authentication procedures accessible to anybody capable of easily solving complex algorithms, but transactions are encrypted because the majority of ledger holders must agree to the verification before they are added to the ledger.

While others can find the vision and advantages of XRP inspiring, White is concerned that the SEC lawsuit will cause complications for those interested in investing. "They're portraying themselves as a settlement layer for controlled businesses, but they're already embroiled in a legal battle with the Securities and Exchange Commission. None of the consumers they'd like to onboard will begin using XRP before Ripple resolves the legal issues," he adds.

That said, if you think Ripple can prevail against the SEC and continue to dominate as a payment mechanism, it might be worthwhile to purchase XRP. Simply ensure that you are gambling for money that you can afford to lose.

Is Shorting Ripple a Worthy Strategy?

While the cryptocurrency market has seen some signs of life this month, all major cryptocurrencies remain under strain. The price of Ripple remains far below the big XRP price forecasts, and technical analysis rules indicate that this cryptocurrency's "bearish" pattern is still quite powerful.

Shorting Ripple is essentially betting against it, because when you short the XRP, you expect the price to fall rather than rise.

Another way to short the Ripple is to sell it at a price that is comfortable for you, wait for the price to drop, and then repurchase the Ripple.

Profitable trading (by shorting Ripple) involves a financial strategy that includes short and long-term targets, where you will sell, the amount of money you will use, and trading time frames.

Before taking a short position on Ripple and other cryptocurrencies, you should probably understand what a 'short squeeze' is.

A short squeeze occurs when the price of a commodity rises significantly as a result of a large number of short-sellers being pressured to liquidate their positions. Short sellers wager on the asset's price declining. If, on the other hand, the price increases, short positions begin to accrue an unrealized loss.