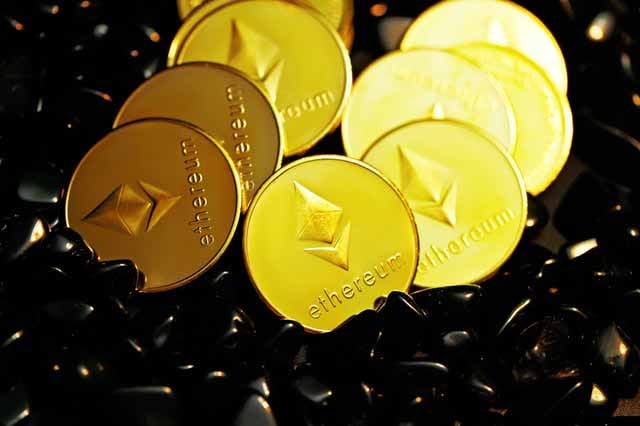 Should you buy Ethereum in 2021? ETH Buying Research

Should you buy Ethereum in 2021? ETH Buying Research

The focus on blockchain technology is now beyond a myopic view of cryptocurrencies and has extended to DeFi projects. DeFi, short for decentralized finance, is the idea that crypto entrepreneurs can re-imagine traditional financial instruments. These financial instruments are built on a decentralized framework that is independent of central control by companies and governments.

Today, a total value of $42 billion is locked in DeFi, doubling in value since the start of the year. DeFi platforms allow users to borrow, lend, take long and short positions, and transact in a decentralized manner thanks to smart contract protocols.

Two Ethereum proponents Eric Conner and Ryan Sean Adams deliver their theory of what Ethereum is.

The architecture of Ethereum is perhaps the biggest reason anyone would have to buy Ethereum. Ethereum, which was launched in July 2015, is the largest and most well-established open-ended decentralized software platform. Ethereum facilitates the generation and deployment of smart contracts and decentralized applications (dapps) with no downtime, malfeasance, control, or tampering from a third party.

How to Buy Ethereum?

Ethereum is the second most valuable cryptocurrency by market capitalization, and it's the most interesting after Bitcoin, many people are buying Ethereum.

It's available on almost all cryptocurrency exchanges, please check some recommended exchange:

Buy Ethereum On Biannce
Coinbase is a great place to buy ethereum.
On Kraken, you can buy Ethereum.

All of the exchanges mentioned above have fiat, allowing you to deposit multiple fiat currencies (EUR, USD, etc.) before purchasing Ethereum (ETH). Make sure you're buying Ethereum (ETH) and not Ethereum Classic (ETC).

Ethereum 2.0 and the Road to the Top

It is commonplace for new technologies to attract heated debate on a variety of subjects. The new fascination seems to revolve around which cryptocurrency and blockchain pair will eventually dominate the crypto space. The obvious consensus has been that Bitcoin has stayed at the top of the market capitalization charts from the earliest days of the crypto wave.

Bitcoin is impaired by scalability and as some suggest, the pioneering crypto is showing its age. A variety of alternative blockchain applications have been developed to solve the inadequacies of bitcoin.

Ethereum is emerging as a widely applied protocol and promises to develop further in the foreseeable future. Although it is more advanced than Bitcoin, Ethereum has some issues that it must overcome to gain market dominance. That is exactly what Ethereum developers hope to achieve with the Ethereum 2.0 upgrade to the base blockchain.

The Ethereum blockchain's scalability is currently a big problem. In 2017, for example, the success of the Ethereum-based game CryptoKitties caused the network to become heavily congested, greatly slowing trade.

However, supporters of Ethereum 2.0 claim that the planned update would allow thousands of more transactions per second. Meanwhile, investors believe it would contribute to increased ether acceptance and investment returns.

The Ethereum protocol, which debuted in 2015, has been a huge success. However, the Ethereum community has always anticipated that a few key enhancements will be needed to fully realize Ethereum's potential.

To understand what changes are expected with the migration to Ethereum 2.0, it is necessary to know some basics of blockchain technology. Ethereum's blockchain, like bitcoin's, is based on a "proof of work" concept. To verify transactions, professed "miners" equipped with intent-built computers contest to solve complex mathematical puzzles. The winner of the race will be paid in crypto.

One of the reasons for performance issues was that early blockchain implementations relied on a processing-power-intensive method known as proof-of-work to verify and record transactions. In such a system, participating computer nodes compete to produce cryptographic hashes that meet a network-determined degree of complexity.

High demand is driving up transaction fees that make Ethereum expensive for the average user. The disk space needed to run an Ethereum client is growing at a fast rate. And the underlying proof-of-work consensus algorithm that keeps Ethereum secure and decentralized has a big environmental impact.

Eth2 is a series of interconnected enhancements to Ethereum that will make it more scalable, stable, and resilient. These updates are being worked on by a number of Ethereum ecosystem teams. The Ethereum blockchain would soon turn to a "proof of stake" model. The network would rely on "stakers," or people who already have some ether, to process new transactions instead of miners.

Sharding and the EVM

An algorithm chooses the node that records each transaction in such a scheme, with the likelihood of selection increasing with the amount of currency held by the node's owner. As a result, the difficulty of cryptographic work can be greatly reduced, resulting in significant network throughput gains.

To improve Ethereum's performance and scalability, the upcoming changes would also implement a processing technique known as sharding. All data added to the chain in the most recent version of the blockchain must be checked by all participating nodes. This ensures that the system's overall processing speed is only constrained by the slowest participant. It creates a bottleneck, which raises transaction costs and slows throughput.

By incorporating sharding into the mix, Ethereum 2.0 can significantly improve the efficiency of its resource usage. The new system achieves this by dividing data verification tasks among groups of nodes, each of which is responsible for only verifying the data it receives. This allows the entire blockchain to use parallel processing, potentially increasing total ability by many orders of magnitude.

One of the elements that distinguish Ethereum from bitcoin is the Ethereum Virtual Machine (EVM). The EVM is a smart contract execution environment that runs on all network nodes and simplifies the use of smart contracts. Because of its smart contracts, Ethereum's blockchain is a global computing device rather than just a financial mechanism. Smart contracts on the EVM can run virtual games, perform complex financial transactions, and even manage social networks.

What does ETH2.0 mean for buying  Investors?

The cryptocurrency market is without a doubt more volatile than the stock market. If you are particularly risk-averse, this may not be the market for you. Ethereum, on the other hand, could be a good long-term investment if you're not concerned with short-term losses.

The EVM has remained a complex subject even for seasoned programmers. To address this, Ethereum 2.0 will include an eWASM framework that will use web assembly language. This will enable Ethereum app code to be executed directly in modern web browsers, a major improvement over the EVM. It will also allow programmers to write blockchain code in a variety of languages such as Rust, C, and C++. By eliminating the need for users to learn a native Ethereum-only language, eWASM would increase the number of potential programmers for the ecosystem.

The upgrade means many things to many people including Konstantin Richter, CEO of blockchain software firm Blockdaemon, who says:

“The Ethereum ecosystem has made the decision to grow up a little more and become a little more secure so that people, institutions, and developers can continue to build more apps and financial products on top of it.”

Eth2.0 also introduces a new investment vehicle- staking. Staking is a financial concept that is synonymous with investing in cryptocurrency markets. In essence, as an investor, you agree to contribute the cryptocurrency you invest into a specific network so that transactions can be validated. In return, you will be given rewards, which are usually tokens.

Staking pools are formed when a large number of investors pool their tokens into a single pool, after which a pool operator handles the allocation on their behalf. This investment vehicle allows investors who do not have a technical understanding of the inner workings of a blockchain network to participate in the network.

However, there will almost certainly be penalties, and the incentive may be reduced as more investors participate. Borrowers who want a more stable return but do not want to be a part of the network may find lending to be a safer option.

While staking helps to secure a network, lending allows investors to earn money while trading. Both staking and lending have their misgivings. The network's uncertainty and durability may have a significant impact on your staking investment. Because incentives are paid out in the network's token, if the value of the network falls, so does the value of your asset. If you intend to stake your coins in a compromised network, the value of your investment will suffer as a result.

See also: How to buy stocks with crypto

If owning and keeping a cryptocurrency is the first step in investing in cryptocurrencies, lending and staking are the next steps. Ether will help you maximize the size of your assets while also opening up new investment opportunities in just a few steps. Not sold yet?

Ethereum is potentially one of the most liquid investment properties due to the global establishment of trading networks, exchanges, and online brokerages. With incredibly low fees, you can easily trade Ethereum for cash or commodities such as gold.

Ethereum's outstanding performance has attracted both traditional and institutional investors. By market capitalization, Ethereum is the second most valuable cryptocurrency, and it is regarded as the silver to Bitcoin's gold. It can be purchased on almost any cryptocurrency exchange, including Altrady. If you want to earn interest in your cryptocurrency holdings, many Ethereum-based tokens are a good place to start.

Ethereum is potentially one of the most liquid investment properties due to the global establishment of trading networks, exchanges, and online brokerages. With incredibly low fees, you can easily trade Ethereum for cash or commodities such as gold.

Unlike national currencies, which are regulated by their governments, Ethereum has a simple inflation policy and is less vulnerable to a variety of risks. This is possibly why so many people are unconcerned about their cryptocurrencies losing value. That and because the blockchain framework is infinite.

Both Ethereum and cryptocurrency trading are in their early stages, with new coins hitting the market on a regular basis. This newness brings with it unpredictably high market swings and volatility, which has the potential to result in a substantial windfall.

Other safeguards that have become commonplace in the crypto world include always using a secure crypto wallet to avoid loss. The same applies to buying and storing Ethereum in 2021.